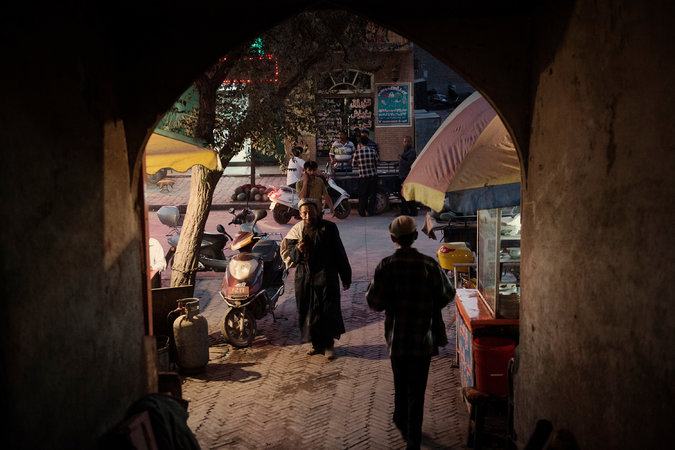 The ancient city of Kashgar, in Xinjiang Uyghur Autonomous Region, was a key trading point along the Silk Road and a cultural center for Central Asian Muslims. Historian George Mitchell has called it, “the best-preserved example of a traditional Islamic city to be found anywhere in central Asia.” In 2009, the government launched a major redevelopment project that razed the historic part of the city. Now, in the wake of the knife attack in the Kunming train station in which 29 people were killed, allegedly by assailants from Xinjiang, the New York Times looks at the cultural and social ramifications of the destruction of Kashgar:

For many Uighurs, the demolition of Kashgar’s Old City is a physical symbol of the Chinese government’s efforts to destroy their cultural identity. More than two-thirds of the centuries-old houses there have been razed and replaced with new buildings made to look old and equipped with central heating, indoor plumbing and electricity. The government pays for building a new house’s first floor; residents must pay for everything else.

Some residents are pleased. “Even though the neighborhood has changed, we’re much happier with our new house,” said a dressmaker who identified herself only as Ayesha, standing in her new kitchen. Though none of the arabesque filigree details of her family’s 500-year-old residence were preserved, she said, her family incorporated traditional design elements into the new doors and windows. “It’s a lot safer,” she added.

But many of the former residents could not afford what is essentially gentrification by government fiat, and they have not returned to the neighborhood.

The Uighurs who have come back tend to be the wealthier ones, government employees and successful merchants whose economic well-being depends on their cooperation with the Han-dominated authorities. [Source]

Former New York Times reporter Howard French visited Kashgar in 2006 and has posted his photos on Flickr (must sign into Flickr.com to see).

Read more about Kashgar via CDT.