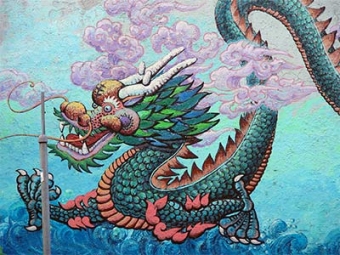 At The National Interest, Peter Mattis explains how the goals and methods of Chinese intelligence do and do not differ from those of other nations, and outlines its use of diplomats, journalists, moles, academics, local government offices, and businesspeople to obtain useful information.

[… A] mystique surrounds Chinese intelligence. The Chinese have not faced the same exposure that the Russians faced when Westerners helped defectors like Oleg Gordievsky, Vasili Mitrokhin, and Sergei Tretyakov write about the Soviet KGB and its successors. The shroud of mystery has meant Western observers treat Chinese intelligence as a kind of inscrutable beast, operating in fundamentally different ways than their Western and Russian counterparts. However, security services worldwide have uncovered a wide-ranging and familiar set of operational methods used by Chinese intelligence.

One of the reasons Chinese intelligence operations do not seem to make sense to observers is that they mistake intelligence for the theft of secrets. Intelligence does not mean the acquisition of “classified” or “secret” information. Intelligence is the acquisition and processing of information that assists in formulating policy and guiding action. Classification has nothing to do with it; Beijing’s concerns do. China concerns in the United States go beyond U.S. policy, including overseas Chinese populations, democracy activists, counterintelligence, and scientific expertise. And, as will become clear below, the Chinese seem to be very comfortable with merely secondhand access to sensitive information. [Source]

Mattis does not discuss China’s apparently wide-ranging use of cyberespionage. At Newsweek, however, Jeff Stein examines its alleged use against Tibet activists in the United States, alongside more traditional forms of surveillance:

In the 2008 incident, when Tibetans gathered in San Francisco to demonstrate against Olympic torch-bearers en route to the Beijing games, Tethong [of the Tibet Action Institute] tells Newsweek, “Basically our phones were made unusable for about three days, right when we needed them the most.” She and others “knew” the assaults were coming from China, but only after partnering with the University of Toronto’s Citizen Lab, which tracks hack attacks, has she been able to trace such electronic mouse-droppings definitively back to China.

“What we’re working on trying to get people to recognize is that the mobile smart phone in their pocket is the perfect surveillance tool,” she says. “You take it everywhere you go…. ” Hackers can not only harvest your contact files and track your movements, they can activate your microphone and camera.

[…] With such tools, physical intimidation would seem unnecessary, but Chinese agents frequently show up at exile events to take pictures of activists. Others pose as journalists to elicit details about the demonstrators or engage them in “endless arguments,” Tethong says. Female agents are dispatched to seduce male activists. [Source]

The Guardian’s Jonathan Kaiman reported in December on apparently Chinese cyberattacks aimed at Tibetan exiles in Dharamsala. Tethong’s description of smartphones as “the perfect surveillance tool” echoes a blog post by Woeser last year, in which she wrote that for Tibetans within Tibet, cell phones have become “the embodiment of fear.”