Don’t Get Excited About the Latest Corruption Crackdown 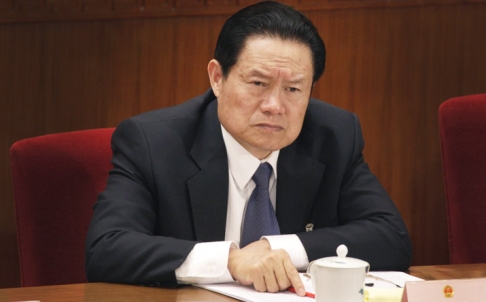 To the party, anti-corruption campaigns are very useful because they are popular with the masses and can help take out political rivals. But because they allow winners in a political struggle to consolidate their gains, the end result of these anti-corruption campaigns is yet more corruption among those lucky enough to remain in the system. A provincial-level official would probably be ashamed if he didn’t have millions of dollars’ worth of illegal income and a couple of starlets as mistresses.
A race to the bottom has long meant that officials with real power have about as much luck keeping clean as porn stars do keeping their chastity. The probability of corruption, and the amount involved, is directly correlated with an official’s power; meanwhile, the probability of facing punishment, and the severity of the punishment, is inversely correlated to the power of the official’s patrons. In other words, corruption has become institutionalized, but anti-corruption is far from systematic. The anti-corruption “successes” are therefore the result of political infighting, not the rule of law.

Without competition between political parties, real elections, checks and balances on power, judiciary independence, a free press, or a strong civil society, Chinese corruption will remain pervasive and systematic. Few corrupt officials are caught, a signaling function which invites yet more corruption. Foreign organizations like Bloomberg and the non-profit International Consortium of Investigative Journalists have exposed the assets of certain high-level officials and their families, but I believe those are but the tip of the iceberg. [Source]

Read more about the corruption crackdown, which appears to be targeting former Politburo Standing Committee member Zhou Yongkang as well as numerous lower level officials. See also more by and about Teng Biao.