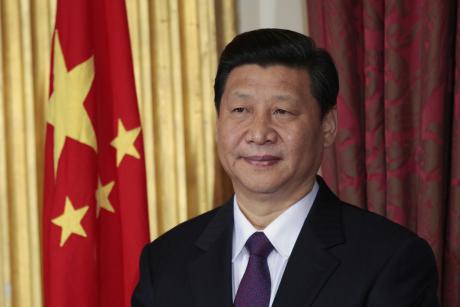 With Xi Jinping on his maiden tour of Europe just as Western governments levy sanctions on Russia for the annexation of Crimea, the Chinese president’s stance on the issue has overshadowed his travels and emphasized a depiction of “Xi as a world leader”. The Wall Street Journal reports:

From the start […] the Ukraine crisis has loomed large over Mr. Xi’s closely watched visit. The first stop on his tour—a summit on nuclear security in The Hague—was immediately overshadowed by diplomatic disputes over Crimea’s annexation by Russia.

European policy makers have sought to cast as a diplomatic victory China’s decision to abstain from a United Nations Security Council vote condemning a referendum that cleared the way for Crimea to break away from Ukraine and join Russia.

[…] Privately, European diplomats concede that China’s relationship with Russia remains solid. China has often joined Russia in vetoing Security Council resolutions on issues like the civil war in Syria. In addition, Beijing’s abstention vote on Crimea was less a departure from Moscow than a move consistent with Beijing’s long-standing rejection of any meddling by foreign countries in its own domestic affairs, said a senior French diplomat.

[…] Mr. Xi is walking a tightrope as he weighs China’s partnership with Russia against its growing economic ties with the West.

[…] Even Europe’s pursuit of his support on Ukraine “helps portray Xi as a world leader,” said Rod Wye, an analyst with Chatham House. “The Chinese would not be unhappy to see him at the heart of discussion over difficult international issues.” […] [Source]

Today, China abstained from the UN General Assembly decision that Russia’s annexation of the Crimean Peninsula is illegitimate, as it had in the UN Security Council vote condemning the Crimean referendum earlier this month.

A report from The Telegraph notes that, while Putin has tried to characterize Chinese abstention on Crimea as support for Russia, in reality this may signal the beginnings of a Central Asian power struggle between China and Russia:

Mr Putin was careful to thank China’s Politburo for its alleged support in his victory speech on Crimea. Foreign minister Sergei Lavrov has been claiming with his usual elasticity that “Russia and China have coinciding views on the situation in Ukraine.”

This is of course a desperate lie. China did not stand behind Russia in the UN Security Council vote on Crimea, as it had over Syria. It pointedly abstained. Its foreign ministry stated that “China always sticks to the principle of non-interference in any country’s internal affairs and respects the independence, sovereignty, and territorial integrity of Ukraine.”

[…] The reality is that China is breaking Russia’s control over the gas basins of Central Asia systematically and ruthlessly. Turkmenistan’s gas used to flow North, hostage to prices set by Gazprom. It now flows East. President Xi went in person last September to open the new 1,800 km pipeline to China from the Galkynysh field, the world’s second largest with 26 trillion cubic meters.

[…M]ore revealing is a cable quoting Cheng Guoping, China’s ambassador to Kazakhstan, warning that Russia and China are on a collision course, and China will not be the one to yield. “In the future, great power relations in Central Asia will be complicated, delicate. The new oil and gas pipelines are breaking Russia’s monopoly in energy exports.” [Source]

China has significant energy and security interests in Central Asia, and Beijing has recently invested a hefty sum into the region as part of the “New Silk Road” project.

At Tea Leaf Nation, David Wertime and Bethany Allen note a backfired attempt by the Russian Embassy to secure solidarity from Chinese netizens:

On March 26, the Russian Embassy’s official account on Sina Weibo, China’s massive microblogging platform, argued that “Western sanctions are only drawing Russia and China closer,” referring to the suspension of military cooperation with Russia after its recent annexation of Crimea. What do the two have in common? “Russia’s current situation somewhat resembles what China suffered after the Tiananmen incident.” That comment, which refers to Western backlash against a brutal suppression of student protesters in Tiananmen square in June 1989, touches something of a third rail in Chinese history, one which Communist Party authorities have been careful to minimize in the officially sanctioned version of China’s not-so-distant past.

[…I]nvoking the specter of Tiananmen, however vague in the eyes of China’s predominantly young netizens, is a […] daring assay, and many of the 9,000 comments expressed strong disdain for — or even mocked — Russia’s appropriation of Tiananmen for its own political gain. One commenter asked, ”Do you want to rip open China’s wounds?” One user warned, “Do not fear god-like enemies; fear pig-like allies.” Another Weibo user complained, “Russia and the former Soviet Union swallowed up large swaths of Chinese territory on more than one occasion.” Indeed, just seven days ago, thousands of Chinese web users maintained that Crimea’s fate resembled Mongolia’s after a 1945 Soviet-backed referendum there, which some Chinese believe took territory that was rightfully theirs. […] [Source]