What Pew Got Wrong About Chinese Atheism 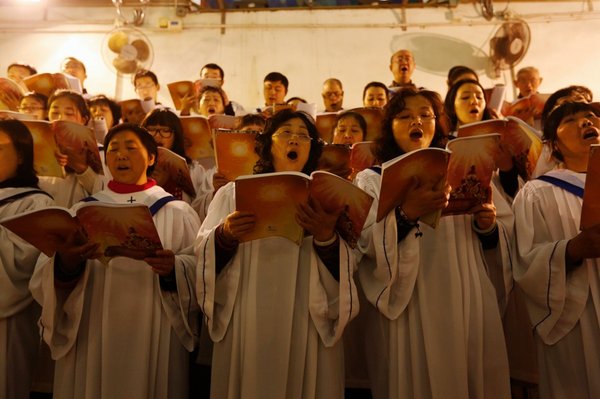 Pew Research’s Global Attitudes Project recently conducted a global survey asking respondents if the belief in a creator God is necessary to lead a moral life. According to the survey’s results, China had the lowest number of people (14%) who answered “no”  to the question “is it necessary to believe in God to be moral.” Struck by Pew’s results, Ian Johnson explains how the unique nature of Chinese religiosity, along with misplaced meaning in the translation of Pew’s survey questions, led to misleading results regarding China. From the New York Review of Books:

Pew doesn’t explain its findings, but they struck me as extremely odd. If there’s one trend in China that is hard to miss, it’s the growing desire among many Chinese to find some sort of moral foundation in their lives, whether by reengaging with age-old Chinese ethical traditions, or by taking part in organized religions. In view of this widely-documented situation, how can so few Chinese believe in the link between morality and a supreme being or force?

It is true that it is popular among some Western commentators to discount the importance of religion in both Imperial and Communist China. […]

[…] But these assumptions have long been discredited by scholars. A landmark was the 1961 publication of Religion in Chinese Society by the University of Pittsburgh academic C.K. Yang. As Yang put it, religion in traditional China was “diffused” in society. […]

But if this was true in the past, what about now? Have sixty-five years of Communist rule wiped out religion, or reduced it to such a minor role that the Chinese have done a complete about-face? This is easier to rebut; any casual visitor to China can’t help but be struck by how many new churches, temples, and mosques are being built.

How, then, to make sense of the Pew findings? According to Pew’s English-language report, the actual survey asked people to say which of the following statements came closest to their own opinion: “It is not necessary to believe in God to in order to be moral and have good values” or “It is necessary to believe in God to be moral and have good values.” I was immediately struck by the use of the word “God” in the survey statements, capitalized as it is in the Christian, Jewish, or Muslim tradition. Was the question referring solely to the god of these faiths? But I couldn’t imagine that Pew would ask such a narrow question—after all, the study doesn’t describe itself as asking whether belief in an Abrahamic being is necessary to morality, but rather asking whether belief in any supreme being is. […] [Source]

Ian Johnson has recently published articles on religious resurgence in China amid public debates about morality. He won the 2001 Pulitzer International Reporting Prize for his extensive coverage of the Falun Gong movement.