Wang Lixiong: The Elephant and the Mouse 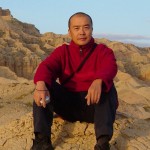 In the wake of a deadly attack by knife-wielding assailants in the Kunming train station, and amid growing tensions between Uyghur Muslims and Han Chinese, some Chinese writers and intellectuals are calling for an eradication of demarcations between nationalities as a way to mitigate inter-ethnic hostilities. Han Chinese writer Wang Lixiong wrote an essay for the New York Times’ Chinese website critiquing this approach. Translated by the Rangzen Alliance:

Meanwhile, an editorial in the Economist after the Kunming attack called on the Chinese government to ease tensions with ethnic minorities by directing economic development to their communities:

There is a large military presence in China’s west. The government seems to believe that unless Uighurs and Tibetans are held in check by force, the western regions could break away. That is always a danger. But suppression, which leads to explosions of anger, may increase the risk, not mitigate it.

The only way forward is to show Uighurs (and Tibetans) how they can live peacefully and prosperously together within China. The first step is for the party to lift the bans on religious and cultural practices, give Uighurs and Tibetans more space to be themselves, and strive against prejudice in Chinese society. Economic development needs to be aimed at Uighur and Tibetan communities. Otherwise, there will be more violence and instability. [Source]