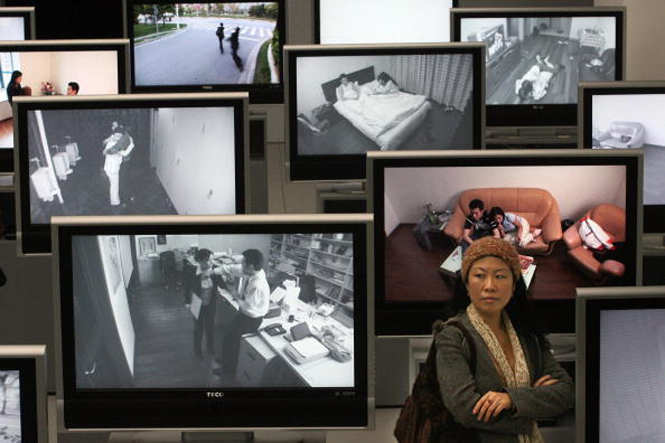 An excerpt from journalist and scholar Leta Hong Fincher’s upcoming book Leftover Women explores the hurdles of reporting domestic violence in China through the story of American Kim Lee, a woman who escaped an abusive marriage to “Crazy English” founder Li Yang.  From the Women Under Siege blog:

Lee’s husband bashed her head on the floor repeatedly in front of their 3-year-old daughter, who yelled out, “What are you doing? Stop, Daddy!” The 3-year-old jumped on her father and only then did he let go of Lee. “I grabbed my passport, grabbed my cash, grabbed [my daughter], and went,” said Lee.

Still dazed from the beating, Lee managed to take her daughter with her to the police station to report the abuse, but they said they couldn’t do anything without her husband present as well. He refused to go, sending a text message that he had only hit her ten times: “I was not that cruel,” he wrote. The police gave her a slip to obtain a medical examination at a military hospital, but didn’t tell her that she needed to pay almost RMB 2,000 (around US$320) in cash for the check-up. Lee normally only carried several hundred renminbi in her wallet, but by chance she happened to have a lot of money in her wallet that day because she was planning to pay the gas bill. She used RMB 1,800 (US$290) to pay the hospital for a check-up, a CT scan of her head, and X-rays. Even though she felt humiliated, she took off her top and let male staffers take photos of injuries on her head, back, knees, and elbows, thinking that she could use the evidence to have her husband charged with attempted murder.

But when Lee consulted a lawyer, she was told that in order to have her injuries count as legal evidence of assault, she had to get a check-up at an “approved” crime hospital instead. “All those bills, I had Demerol for pain, whiplash, a concussion… I was livid. You mean this doesn’t count?” Lee said. So a week later, she had another check-up at an “approved” hospital, but by that time her concussion had subsided and her injuries were not considered severe enough for Li Yang to be charged with attempted murder. [Source]

Read more about domestic violence in China and the legal battle between Li Yang and Kim Lee via CDT.