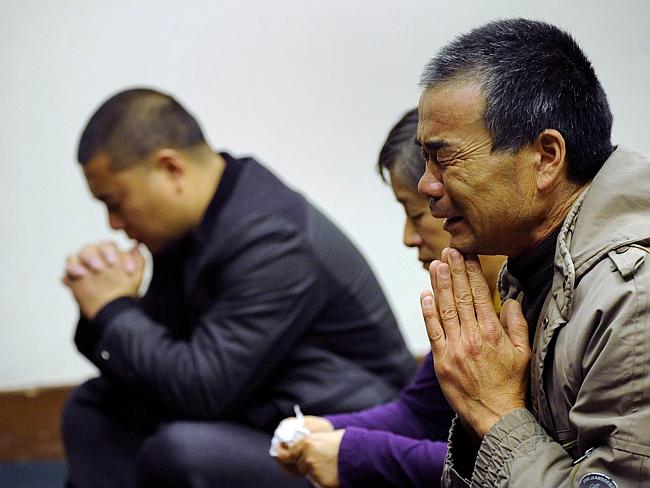 News.com.au reports that Beijing has moved into “damage control” following “weeks of vitriol, conspiracy theories and an informal travel boycott” directed at Malaysia’s handling of the MH370 plane search:

Now Beijing is distancing itself from the shriller criticisms, highlighting the delicate line it must walk in supporting the families without inflicting lasting damage to relations with an important neighbour.

He emphatically stated Beijing’s support for Malaysia’s handling of the crisis.

“We never said China was angry about the current situation and we never said we were dissatisfied about the progress so far that has been made,’’ Mr Huang said.

“We are good friends. We are partners. This is just an incident which will never affect our good relations.” [Source]

The BBC adds that the Chinese media has begun to avoid reporting on MH370 related protests:

That said, increasingly, China’s state media coverage of the incident reflects restraint. “Irrational words and behavior” won’t help matters, a commentator warned in an editorial published in Monday’s editions of the China Daily, an English-language publication that is used sometimes to broadcast the government’s views to an international audience. “Instead, they might backfire and even harm the overall situation of national interests, making all Chinese people pay for the tragedy,” the opinion piece said.

Though last week’s embassy protest was broadcast around the world, state-run China Central Television ignored it. The following day, CCTV reported that officials from a handful of Chinese government agencies, including the foreign ministry, transportation department and civil aviation administration had met with families. But the broadcaster showed no footage of the encounter, which included taunts by relatives and a noisy request by one woman that the Malaysian ambassador kneel before the group to demonstrate the sincerity of his apology. [Source]

The Wall Street Journal reports that the search for the plane has exacerbated nationalist sentiment and eroded goodwill between the partnering countries:

“Both in China and Malaysia, nationalist sentiment is on the rise as a result of the missing plane. This is at odds with the atmosphere that was supposed to be nurtured this year, as 2014 was designated the China-Malaysia friendship year,” it says.

However, the commentary subtly hints that Malaysia lacks trust in China because it shared crucial information with Washington and not with Beijing.

Despite stepping back from criticizing Malaysia’s response to the missing plane, China has made new safety demands following an abduction of a female Chinese tourist from a diving resort on Borneo island this Thursday.  Reuters reports:

China demanded that Malaysia ensures the safety of its nationals on Thursday, after armed men abducted two women, a Chinese tourist and a Philippine hotel worker, from a Malaysian diving resort on Borneo island.

The unidentified gunmen kidnapped the two women on Wednesday night from Singamata island off the coastal town of Semporna in Malaysia’s eastern state of Sabah.

Some Malaysian media reports said the 29-year old tourist was in her room when the gunmen forced her out into a waiting boat. Those reports were unclear where the hotel worker, aged 40, was when she was abducted. Other reports said both women were on a jetty when they were snatched. [Source]