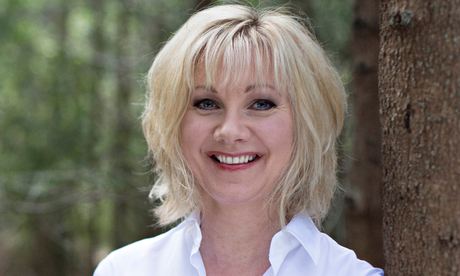 Reader’s Digest has removed Australian novelist LA Larkin’s Thirst from its anthology of condensed novels in order to maintain a cheap publishing deal with a Chinese printing firm that refused to print Larkin’s work due to its reference to Falun Gong and related state oppression. The Guardian reports:

One of Larkin’s characters trapped in the station is Wendy Woo, a Chinese-Australian. Woo fled to Australia because the Chinese authorities arrested her mother for being a member of the banned religious group Falun Gong. Larkin has her saying that she had not “learned until much later of the horrific torture her mother had endured because she refused to recant”.

State oppression in China is not a major theme of a novel set in Antarctica. But Larkin needed to provide a back story for Woo and a link between her and the villains of her drama. In any case, she was a free author living in a free country and was free to express her abhorrence of torture and the denial of freedom of conscience. Or so she thought, until she discovered last week that she was not as free as she thought.

The cost of printing makes up the largest part of the price of book production. Publishers have outsourced manufacturing to China, like so many other industries have done. The printing firm noticed the heretical passages in Larkin’s novel. All references to Falun Gong had to go, it said, as did all references to agents of the Chinese state engaging in torture.

They demanded censorship, even though the book was a Reader’s Digest “worldwide English edition” for the Indian subcontinent, Australia, New Zealand, Malaysia and Singapore – not, you will note, for China. [Source]

The Economist looks how China tries to wield censorship leverage over the news content that foreign businesses publish for consumers in the West:

CHINA has long enjoyed leverage over foreign businesses and governments thanks to the lure of its huge market. This goes back even to the latter days of Mao when there was no market to access, just the portent of one.

Today the Communist Party wields its now formidable leverage in all manner of ways, successfully muting or softening criticism from CEOs and world leaders. Purveyors of content—whether Hollywood studios or internet companies—readily make compromises in order to do business in China.

[…] On March 24th Jim Romenesko, a watcher of American media, reported the resignation from Bloomberg News of Ben Richardson, an editor based in Hong Kong. Mr Richardson said he quit in protest of management’s handling—which is to say spiking but not admitting to as much—of an investigative story about one of China’s richest men and his ties to top leaders. On March 20th Peter T. Grauer, chairman of Bloomberg L.P., suggested that his news organisation should not even be pursuing such politically sensitive coverage. Given that he made his remarks at a public forum in Hong Kong, it seemed he was metaphorically shouting his sentiments across to mainland China. [Source]

Read more about the Chinese government’s efforts to export censorship outside its borders, via CDT.