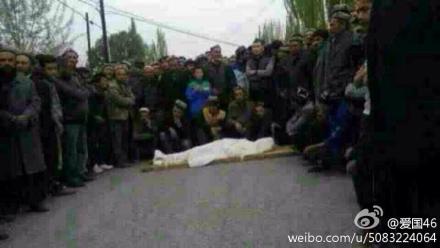 State Council Information Office: All websites immediately delete content related to the 17-year-old Uyghur who was shot and killed by police after running a red light in Aksu, Xinjiang. Also delete photos and news related to the community action that followed.  The term “Aksu 17-year-old” is temporarily prohibited from Weibo. (April 14, 2014)

Last weekend, police shot dead a 17-year-old Uyghur high school student and seriously injured his two passengers after they ran a red light on a motorcycle. Radio Free Asia reports that “mammoth protests” erupted last weekend in response to the police shooting, which were eventually quelled by a “brutal” security crackdown. The following pictures, along with many others and much netizen commentary [zh], have been deleted from Sina Weibo: 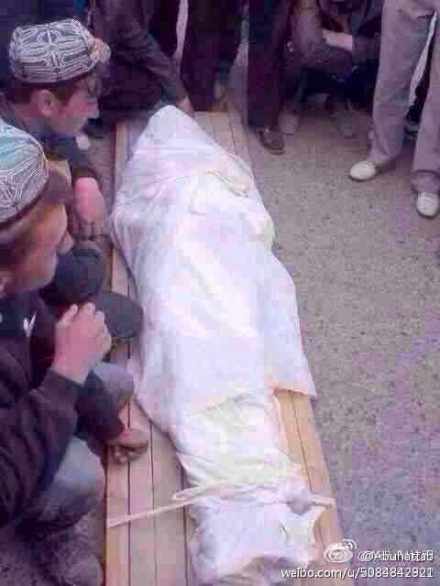 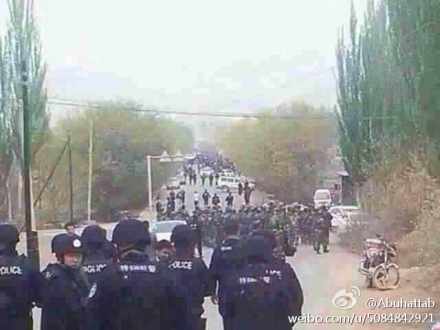