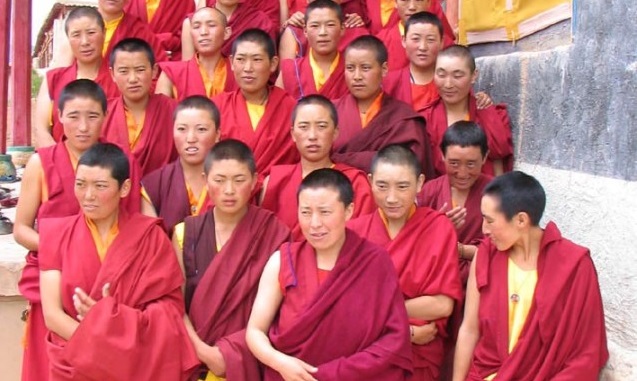 The Huffington Post’s WorldPost reports that on March 29, a Buddhist nun became the 133rd Tibetan to self-immolate in protest of Beijing’s policies in Tibetan regions of China:

According to Liberty Voice, 31-year-old Dolma self-immolated near a monastery in the Tibetan Autonomous Prefecture of Kardze on Saturday. Found by locals, the nun was taken to a nearby hospital.

[…] Over the years, 127 Tibetans inside the Chinese-ruled land followed his example, with another six self-immolating in Nepal and India.

[…] China has reacted fiercely against the Tibetan protests, particularly self-immolations. As the CBC notes, Beijing severely tightened security, prosecuted those accused of encouraging acts of protest and blamed the Dalai Lama for “inciting” Tibetans to set themselves on fire. [Source]

Last month, two Tibetan monks self-immolated in Tibetan regions of Sichuan and Qinghai provinces, marking the sixth anniversary of the 2008 Tibetan unrest and subsequent crackdown that began in Lhasa. Also see prior CDT coverage of protest by self-immolation.