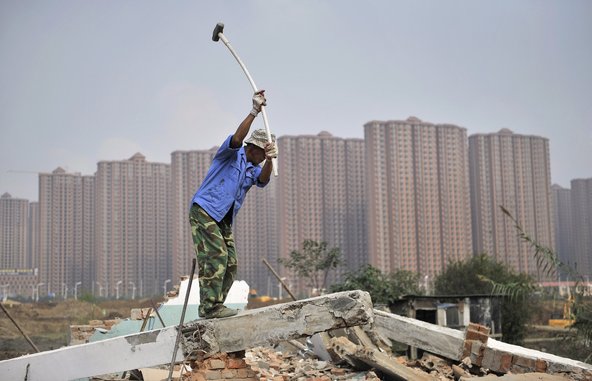 A district Communist Party secretary’s adulatory tribute to a group of demolition workers last December was “propelled to national levels of scrutiny and ridicule” after the Guangzhou-based Southern Metropolitan Daily picked it up on Wednesday. From Austin Ramzy at The New York Times:

Shao Chunjie, a district Communist Party secretary, told a gathering of demolition workers that they were the city’s “kindest, most venerable, most lovable, most capable of moving one to song and tears, most praiseworthy people,” according to a statement posted on an official website.

Mr. Shao’s tribute was fulsome, and all the more striking because the praise was for workers who carry out one of the most controversial policies in China. The removal of residents from their homes to make way for construction projects provides the opportunity for huge returns for developers and local governments, but it also sets off disputes that can turn violent and at times deadly.

[…] “I think the Xinyang secretary’s words are heartfelt,” Yuan Yulai, a lawyer, wrote on his Sina Weibo account. “And that shows the depths to which our society has sunk.” [Source]

Read more about forced demolitions in China via CDT, including a 2012 report on forced evictions by Amnesty International.