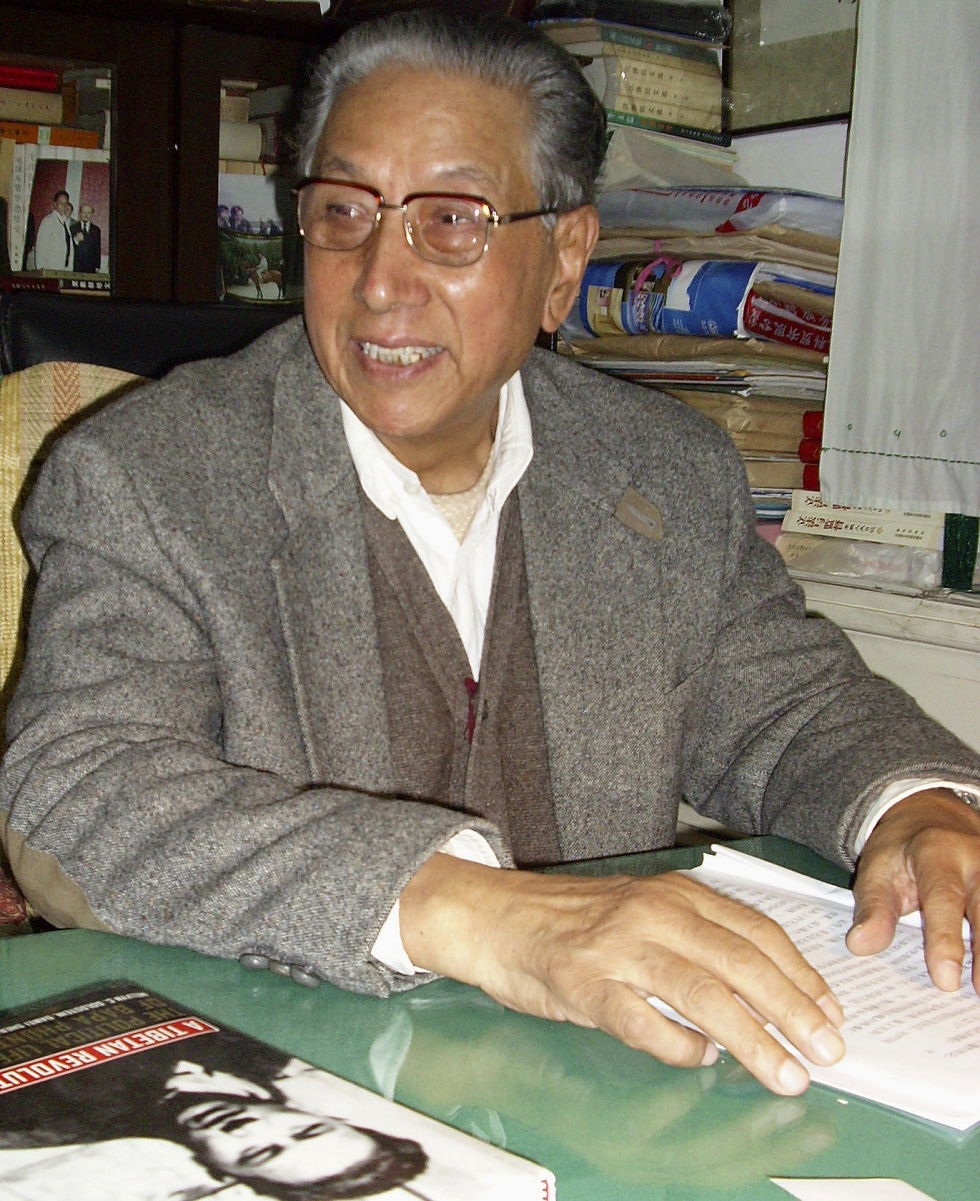 Phuntso Wangye (also known as Phunwang), the founder of the Tibetan Communist Party who later became an outspoken critic of Chinese rule in Tibet, died on Sunday at the age of 92. The Hindu reports:

When the People’s Liberation Army occupied Tibet in 1951, Phunwang became a key interlocutor in talks that later produced the controversial 17 point agreement. He served as a translator for the Tibetan delegation in Beijing. He also interpreted for the Dalai Lama during his 1954 meetings with Mao and then Premier Zhou Enlai.

Despite his Communist leanings, Phunwang was later persecuted by Mao’s CPC and jailed for 18 years. He was released following the Cultural Revolution (1966-76) and rehabilitated in 1978.

“He was well-versed in Marxist thought and much of what I know of that I learned from him,” the Dalai Lama said. “He was one of those Tibetans aware of the drawbacks of the prevailing social and political system in Tibet, who was inspired by Communism to bring about change”.

The Dalai Lama recalled that he was surprised when Phunwang “chose to make prostrations” before the Tibetan spiritual leader during the 1954 talks.

“He remained undaunted and even after his retirement continued to be concerned about the rights and welfare of the Tibetan people, something he raised with the Chinese leadership whenever he had the opportunity,” the Dalai Lama said.[Source]

Phuntso was later purged and spent 18 years in solitary confinement before being rehabilitated in 1978.

While his years at the notorious Qingchen Prison [sic] brought hardships that were “beyond description”, Phuntso said they let him escape an even worse fate during the political chaos of Mao’s Cultural Revolution, according to the Tibetan leader’s biographer Melvyn Goldstein.

Later, Phuntso turned down the chance to be chairman of the Tibet regional government, and became increasingly critical of Beijing’s position on Tibet and the Dalai Lama, who fled into exile in India in 1959 after an abortive uprising against communist rule.

Phuntso wrote a series of letters to former president Hu Jintao condemning local leaders for using the campaign against “splittism” in Tibet to serve their own political ambitions and for refusing to acknowledge the Dalai Lama’s role in Tibetan society. He urged Hu to allow the Dalai Lama to return to his homeland. [Source]

In March, Phuntso Wangye published an autobiography in which he called on Beijing to allow the Dalai Lama to return to Tibet. See also Melvyn Goldstein’s biography, via Amazon.

Read more on Tibet via CDT.