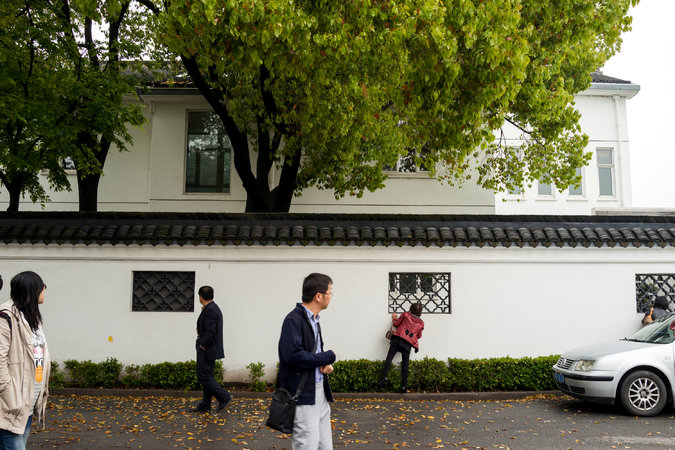 China’s leaders have “appeared remarkably tolerant” of journalists and “curiosity seekers” who “stalk” former Communist Party security chief Zhou Yongkang’s family members in his hometown of Xiqiantou as he increasingly seems to be the target of a widening corruption probe.  Yet Jonathan Ansfield reports for The New York Times that many villagers interviewed rose to defend  “the eel fisherman’s boy who would become one of China’s most fearsome men”:

The bad publicity did not sit well with many villagers interviewed last month, particularly after the lone brother to spend his whole life here, Zhou Yuanxing, died of bone cancer in February. Most residents had rather vague notions of the family’s affairs, yet many were quick to dispute the news reports as distorted.

“Anyone who is bad-mouthing the family is just stepping on people now that they’re down,” said one man in his 80s who shares the surname Zhou but is not related. He and others refused to give their full names, citing fears of retaliation.

It is highly unusual to find the family of any Chinese leader so unshielded from public scrutiny, let alone one who once presided over the police and intelligence agencies. But current leaders have appeared remarkably tolerant of the journalists and curiosity seekers who stalk Mr. Zhou’s family as investigators build their case against him.

In Xiqiantou, officials and businesspeople were among the carloads of gawkers snapping photos of the Zhou houses and graves. Many villagers voiced exasperation over the commotion.

[…] Mr. Zhou was a self-made man with humble roots, villagers stressed, unlike the “princeling” children of revolutionary leaders, who include President Xi Jinping. “Zhou Yongkang was very honest,” said a man surnamed Shen, 69, whose brother attended school with Mr. Zhou. “He wasn’t a double-dealer.” [Source]