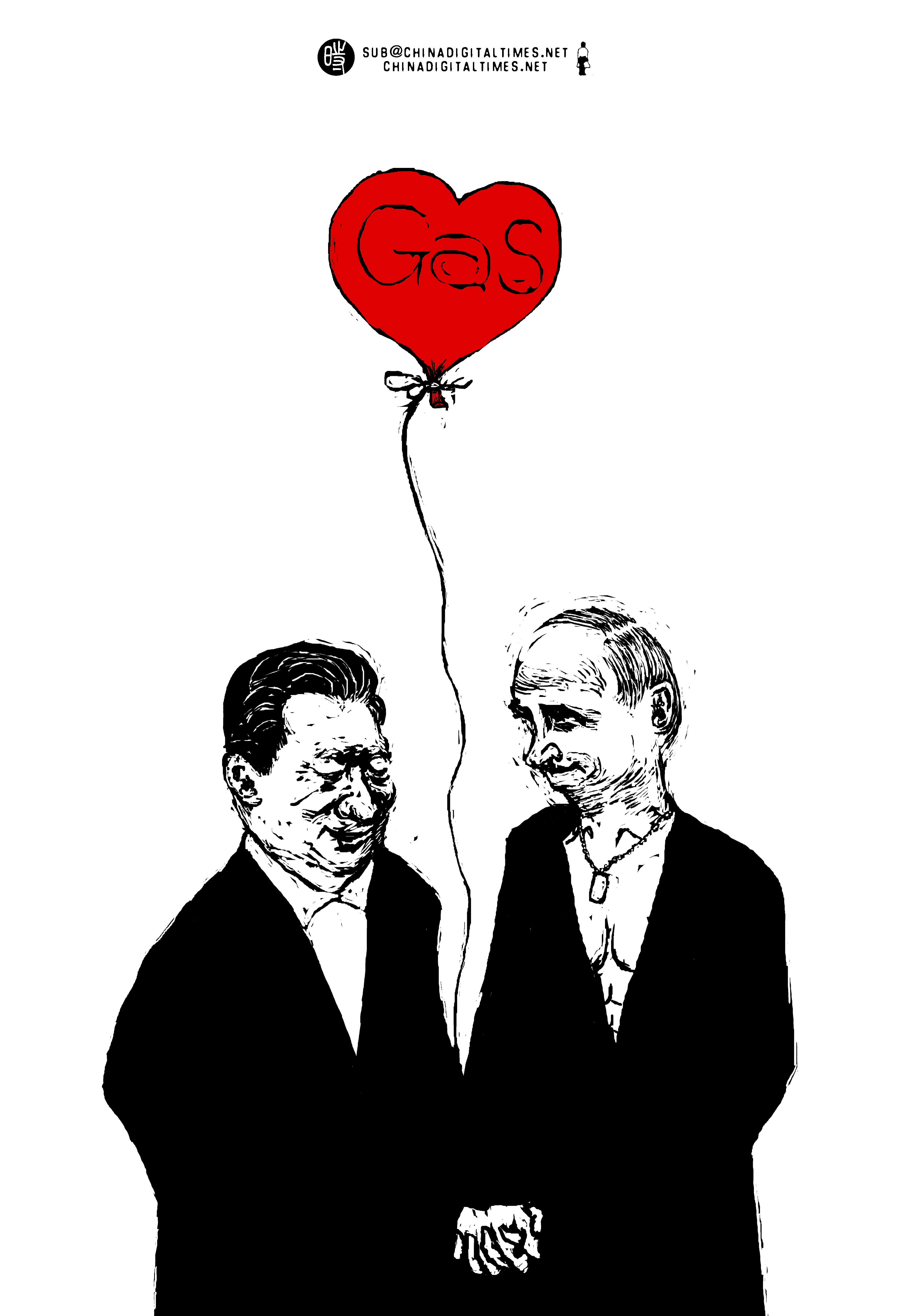 Badiucao comments on the recent gas deal between Russia and China which is estimated to be worth close to $400 billion and is the biggest in Russia’s history. In the drawing, presidents Vladimir Putin and Xi Jinping are depicted as lovebirds, holding hands and united by a shared love of gas.

Deal, by Badiucao for CDT: