A Devotion to Language Proves Risky 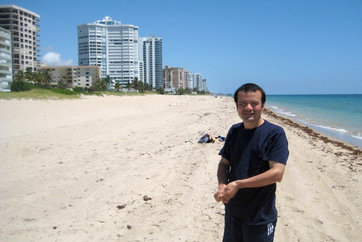 Linguist Abduweli Ayup returned to Xinjiang after studying in the U.S. with the goal of opening Uyghur language schools, to promote the language among his fellow Uyghurs, who are increasing educated in Mandarin at the expense of their own language. While fund-raising for a school in Urumqi last August, he was detained along with two business associates, Dilyar Obul and Muhemmet Sidik, and accused of “illegal fund-raising.” The three men have not been heard from since. Andrew Jacobs at the New York Times reports:

The story of how Mr. Ayup traded the freedoms of life in America for the quixotic dream of opening Uighur-language schools in Xinjiang is a cautionary tale about the perils of challenging the Chinese state on matters of ethnic identity.

At a time when the authorities are determined to tamp down even the faintest expression of Uighur self-determination, few hold much hope that he will be freed anytime soon. “The government can make sure he rots in jail for years,” said Mamatjan Juma, a childhood friend who now lives in suburban Virginia. “They don’t want a brave, influential intellectual like him on the streets.”

Despite the evident risks, friends say Mr. Ayup thought he might succeed by steering clear of politics and carefully following the regulations that govern the establishment of private schools. Soon after returning from the United States, he opened a kindergarten in the Silk Road city of Kashgar. Having quickly achieved full enrollment, he set his sights on Urumqi, where Mandarin-language public schools are producing a generation with limited Uighur proficiency.

Anwar Mamat, 38, a childhood friend who teaches at the University of Nebraska, said Mr. Ayup turned down a three-year scholarship at the University of Kansas to pursue his dream. “A lot of parents are willing to send their kids to a Uighur school, but none are available,” he said. “Abduweli knew the risks, but he was committed to achieving his goals.” [Source]

In February, Radio Free Asia reported that the men were expected to be tried in March, but their current legal status is not known. Abduweli Ayup is reportedly in poor health. For more information on the case, see a Facebook page set up by Abduweli Ayup’s supporters. On a recent trip to Xinjiang, President Xi Jinping spoke about the need for “integration” among the Uyghur minority while also taking a firm stand against separatism and terrorism.