Tibetan Protest Singer Said to be Under Arrest 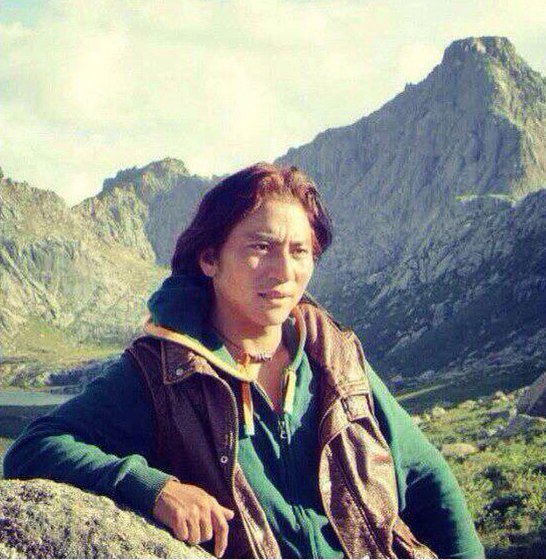 A Tibetan singer who rendered a song calling for the protection of the Tibetan language at a weekend concert in China’s Sichuan province has been detained, a local resident said, amid concerns by authorities that community organized Tibetan language classes may stoke opposition to Chinese rule.

Singer Gebe was detained as he was leaving the musical concert on Saturday night at Zungchu (in Chinese, Songpan) county in the Ngaba (Aba) Tibetan Autonomous Prefecture,  according to the county resident, speaking on condition of anonymity.

“He was taken away allegedly for singing a Tibetan song entitled, ‘Not Yet Done’ themed on the strong feelings of Tibetans calling for the protection of the Tibetan language,” the source told RFA’s Tibetan Service. “The audience present applauded the title and the theme [of the song].”

A cellphone video from the performance that preceded Gepe’s arrest has been uploaded to YouTube:

The New York Times relays translated lyrics from the song, and describes the sentiment expressed in Gebe’s songs:

The song, “Will Be Perished,” calls on young Tibetans to preserve Tibet’s language and cultural traditions. Here are a few verses, in the translation provided by Free Tibet:

The new generation of Tibetans,
Knowing other languages is good,
But we will be perished if we ignore our mother tongue.

Students who are in the garden of knowledge,
It is good to have new thoughts,
But we will be perished if we forsake all our traditions.

Singers who are enjoying being on stage,
It is good to play instruments wonderfully,
But we will be perished if we overuse alcohol and tobacco.

[…] The songs give voice to a sentiment held by many Tibetans that policies formulated by the Han, China’s dominant ethnic group, are encroaching on Tibetan culture. In extreme cases, some Tibetans, pushed beyond frustration by the government’s policies, have resorted to self-immolation. [Source]

According to the International Campaign for Tibet’s tally, 131 Tibetans have self-immolated in protest since February of 2009—many of which occurred in Aba prefecture. The most recent Tibetan self-immolation was committed by a 32-year-old man on April 15 in neighboring Garze prefecture on April 15. The Dalai Lama, who has resisted from voicing his stance on the issue, called for an external investigation into the cause of the self-immolations early this month.

China’s recent government-released report “Progress in China’s Human Rights in 2013” devotes a section to the socioeconomic rights of ethnic minorities, and claims that the “state respects the cultural differences and lifestyles of ethnic groups, and ensures the equal rights of ethnic minorities in politics, economy, culture, language and folk customs, religious belief and other aspects.” A summary from Xinhua outlines the report’s assessment of Tibet:

In 2013 the GDP of the Tibet Autonomous Region reached 80.767 billion yuan, growing by 12.5 percent over the previous year; the per capita net income of farmers and herdsmen was 6,578 yuan, increasing by 15 percent over the previous year and well into the 11th year of double-digit growth; and the per capita disposable income of urban residents reached 20,023 yuan, up by 11.1 percent compared with 2012, it adds.

[…] The cultural legacies of Tibet are effectively protected, and the local religion and traditional customs and social mores are respected, says the white paper.

Currently Tibet has 4,277 sites of cultural relics. The Potala Palace, Norbulingka Summer Palace and Jokhang Temple have been included in the UNESCO World Heritage List; Lhasa, Shigatse and Gyantse have been entered on the national list of historical and cultural cities. [Source]