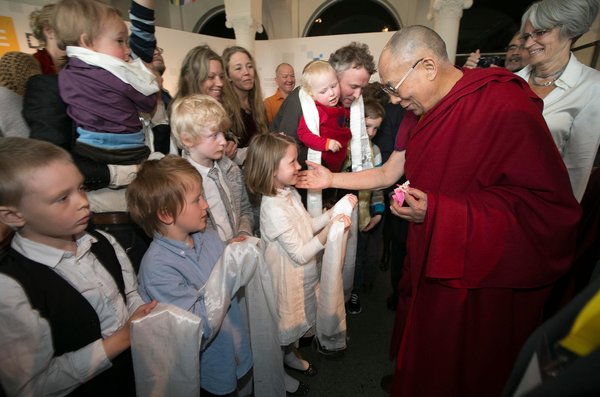 More than 130 Tibetans have self-immolated in recent years in protest against Beijing’s policies in the region. While the Chinese government has blamed the Dalai Lama for orchestrating the deaths, the Dalai Lama himself has resisted taking a strong position on the issue, while calling the situation “very, very sad.” In a visit to Norway to mark 25 years since he won the Nobel Peace Prize, the Dalai Lama called for an independent investigation into the causes of the self-immolations. Rick Gladstone and Henrik Pryser Libell of the New York Times report:

“This is a very sensitive issue,” the Dalai Lama said, speaking in English. He said the self-immolations were “very sad” and that such “drastic action” probably had little effect on the underlying issue of Chinese policy on Tibet.

The Dalai Lama also said outsiders, like his hosts in Parliament, should conduct their own fact-finding visit to determine the causes. “I think sometimes Chinese leaders also need these things, too,” he said, because they are not given accurate information by their subordinates.

There was no immediate reaction from Chinese officials, who have described the self-immolations as a form of terrorism.

Whether self-immolations are religiously wrong, the Dalai Lama said, “entirely depends on motivation.”

“If such a drastic action takes place with full anger, then negative,” he said. “But more compassionate, more calm mind, then sometimes maybe less negative.” [Source]

This visit marked the first time that top government officials in Norway declined to meet with the Dalai Lama in deference to China.