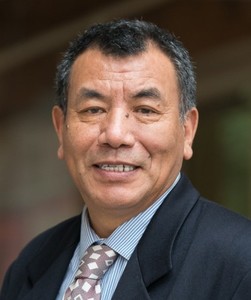 In an interview with Himal Southasian, University of British Columbia historian Tsering Shakya discusses a wide range of Tibet-related topics: the region’s place in Beijing’s Belt and Road Initiative; inequalities in development; similarities and differences between the situations in Tibet and Xinjiang; the difficulty of gauging public opinion regarding state policy; anxieties around language and identity; the chilling and cooption of academic research; expressions of defiance in contemporary Tibetan cinema and music; diasporic politics; information control surrounding the Jokhang Temple fire in February; Chinese appropriation and “curation” of Tibetan culture and religion; and the marginalization of Tibet and human rights issues in international politics. All links in the following excerpts have been added by CDT for additional context.

It is almost impossible to gauge public opinion in Tibet regarding state policies because of the lack of public space to voice grievances. Any overt opposition to state policy is met with arrest. The official media portrays unanimous support to any state-led initiatives. […]

[…] It has become virtually impossible to conduct open field research in Tibet over the last two decades; and, coupled with the fear of Chinese retribution, this has prevented the fostering of genuinely independent research in Tibet, particularly research that focuses on contemporary development. [Research on Tibet was also central to last year’s Cambridge University Press censorship controversy.]

[… T]here is a sense of impotence brought about by the failure of the Middle Way policy, which has not softened China’s position on Tibet. This malaise is compounded by an ageing Dalai Lama, the growing power of China to censure any country or groups who make even the vaguest statement about Tibet, and international leaders like Donald Trump and Narendra Modi who sideline human rights, civil rights and environmental issues. For them, questions about Tibet and human rights are irritants rather than issues that need to be addressed. Curiously, Trump is the only US president who has not met the Dalai Lama.

[…] The response to the Jokhang fire, from all parts of society in the three traditional regions of Tibet – Amdo, Kham and U-Tsang – show the centrality of Tibetan Buddhism to its identity. But the fire also reveals how information circulates in Tibet, the mistrust of official channels, the primacy of social media and its censorship. The information spreads quickly, but it is just as easily snuffed out. [Source]