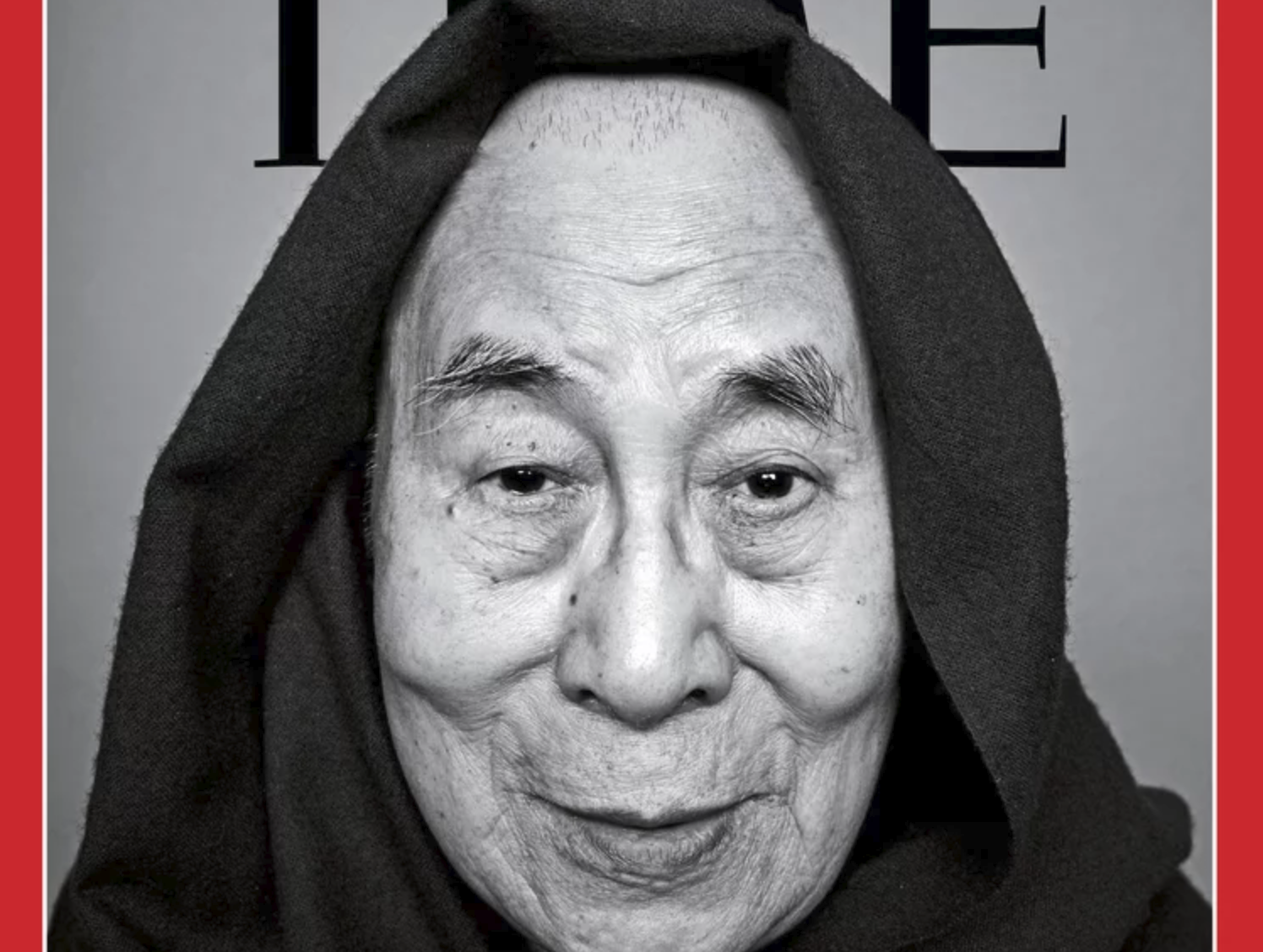 Since 2014, the aging Dalai Lama has repeatedly suggested that he could be the last incarnation in a centuries old spiritual tradition that until recent years also included an explicit political role. Citing imperial precedent, Beijing has countered the Dalai Lama’s warnings by repeatedly asserting its right to name his successor. Sixty years after the Dalai Lama fled Tibet for India, the 83-year-old spiritual leader and Nobel peace laureate told Reuters’ Krishna N. Das and Sunil Kataria that his future reincarnation–if born at all–could be found in India, and warned that any successor named by Beijing would not be respected:

[…] “China considers Dalai Lama’s reincarnation as something very important. They have more concern about the next Dalai Lama than me,” said the Dalai Lama, swathed in his traditional red robes and yellow scarf.

[…] He said the role of the Dalai Lama after his death, including whether to keep it, could be discussed during a meeting of Tibetan Buddhists in India later this year.

If there is one, he would still have “ no political responsibility”, said the Dalai Lama, who gave up his political duties in 2001, developing a democratic system for the up to 100,000 Tibetans living in India. [Source]

Beijing’s intervention in Tibetan Buddhist affairs—a right it claims to have inherited from its imperial predecessors—has been noted to be exacerbating tensions in Tibetan regions of China. Since 2009, 155 Tibetans have self-immolated in protest of Beijing’s policies.

The Chinese government considers the Dalai Lama a separatist despite his decades of advocacy not for an independent Tibet, but for genuine autonomy within China. In 2011, the Dalai Lama ceded political power over the exiled Central Tibetan Authority to a democratically elected Sikyong, but has continued to be the highest spiritual leader in the Gelug school of Tibetan Buddhism, as well as the de facto world ambassador of Buddhism–a religion that continues to grow in global popularity. In a cover story and interview with the Dalai Lama at TIME this month, Charlie Campbell describes Beijing’s attempt to re-brand Buddhism as a Chinese religion, a campaign that could be reinforced by the potential recognition of a 15th Dalai Lama on Chinese soil:

In the six decades since [fleeing from China], the leader of the world’s most secluded people has become the most recognizable face of a religion practiced by nearly 500 million people worldwide. But his prominence extends beyond the borders of his own faith, with many practices endorsed by Buddhists, like mindfulness and meditation, permeating the lives of millions more around the world. What’s more, the lowly farmer’s son named as a “God-King” in his childhood has been embraced by the West since his exile. He won the Nobel Peace Prize in 1989 and was heralded in Martin Scorcese’s 1997 biopic. The cause of Tibetan self-rule remains alive in Western minds thanks to admirers ranging from Richard Gere to the Beastie Boys to Democratic House Speaker Nancy Pelosi, who calls him a “messenger of hope for millions of people around the world.”

Yet as old age makes travel more difficult, and as China’s political clout has grown, the Dalai Lama’s influence has waned. Today the Chinese Communist Party (CCP) that drove him out of Tibet is working to co-opt Buddhist principles — as well as the succession process itself. Officially atheist, the party has proved as adaptive to religion as it is to capitalism, claiming a home for faith in the nationalism Beijing has activated under Xi Jinping. In January, the CCP announced it would “Sinicize” Buddhism over the next five years, completing a multimillion-dollar rebranding of the faith as an ancient Chinese religion.

From Pakistan to Myanmar, Chinese money has rejuvenated ancient Buddhist sites and promoted Buddhist studies. Beijing has spent $3 billion transforming the Nepalese town of Lumbini, birthplace of Lord Buddha, into a luxury pilgrimage site, boasting an airport, hotels, convention center, temples and a university. China has hosted World Buddhist Forums since 2006, inviting monks from all over the world.

Although not, of course, the world’s most famous. Beijing still sees the Dalai Lama as a dangerous threat and swiftly rebukes any nation that entertains him. That appears to be working too. Once the toast of capitals around the world, the Dalai Lama has not met a world leader since 2016. Even India, which has granted asylum to him as well as to about 100,000 other Tibetans, is not sending senior representatives to the diaspora’s commemoration of his 60th year in exile, citing a “very sensitive time” for bilateral relations with Beijing. Every U.S. President since George H.W. Bush has made a point of meeting the Dalai Lama until Donald Trump, who is in negotiations with China over reforming its state-controlled economy. [Source]

Read more about Beijing’s sustained application of diplomatic pressure to discourage foreign leaders from meeting with the Dalai Lama, or about the ongoing campaign to “Sinicize” religion in China, via CDT.