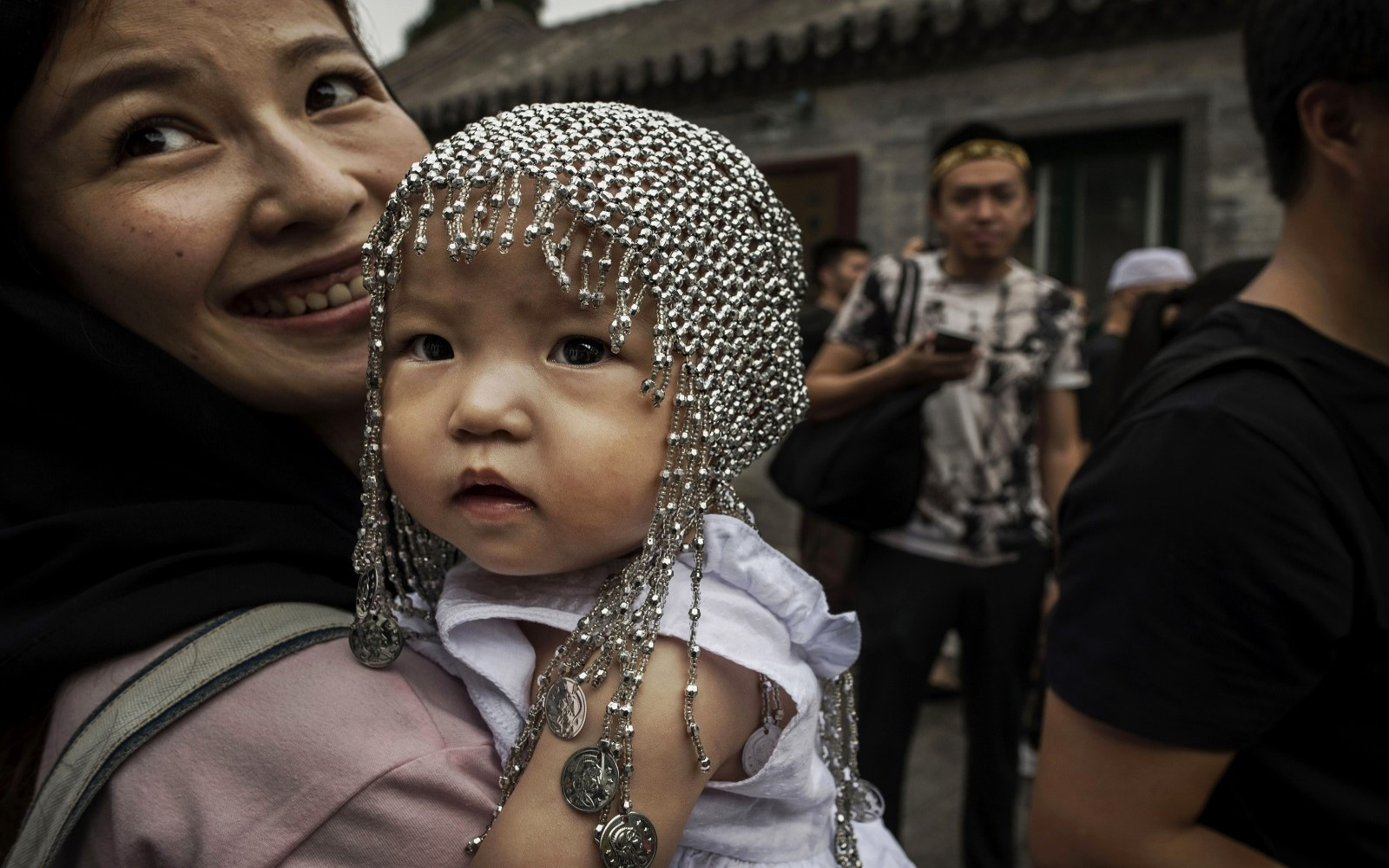 Religious controls have tightened considerably under the Xi administration. A deepening religious crackdown has led to the mass persecution of Muslim minorities and ongoing efforts to contain the rapid growth of Christianity in the country. Officials have removed over 1,200 crosses and demolished several Christian churches in Zhejiang and other provinces across China. Several Christian lawyers and activists were detained and subsequently released for campaigning against cross removals. Online retailers have been banned from selling Bibles. Unauthorized religious activity and unofficial “house churches” have also come under increasing attack. More than 100 worshippers from the Early Rain Covenant Church in Chengdu were detained this past December. The incident came after authorities shut down Zion Church in Beijing last September.

While many see the intensifying crackdown on religious freedom as a sign that President Xi is seeking to limit the influence of religion on society, the importance of religion is not being entirely diminished. In his new Foreign Affairs piece, Ian Johnson writes that the Chinese state is in fact adopting a “two-pronged approach” in its management of the various belief systems that make up the country’s religious landscape. As a part of this approach, vast resources are being devoted to reviving traditional folk religion while religions with foreign ties–such as Christianity and Islam–are heavily regulated and controlled.

If a Chinese past has found an echo in today’s events, it is that of the imperial era. A central characteristic of that period was that rulers tolerated a variety of beliefs but defined which were orthodox (zheng) and which heterodox (xie). This tradition underlies the state Xi inherits today, which has many religions, some of them even growing dynamically, but no religious freedom.

Today’s Chinese state, much like the imperial state, can be a generous benefactor, helping to rebuild temples, train new Buddhist and Taoist clergy, and set up international exchanges with the faithful in other countries. But toward those out of favor—today largely Christians and Muslims—the state can be harsh, setting up reeducation camps, demolishing mosques and churches, and persecuting leaders. To get an idea of the state’s wrath, consider the fate not only of Wang Yi, a Christian pastor, but also of his wife, Jiang Rong. Both have been charged with “inciting to subvert state power,” a crime that carries up to 15 years in jail.

[…] The Chinese government has rehabilitated folk religion—an amorphous belief system that involves deified historical figures, ancestor worship, and traditional virtues of righteousness and honesty—from “feudal superstition” to “traditional culture” and subsidized it lavishly through programs to uphold “intangible cultural heritage.” This allows the state to support a huge variety of quasi-religious practices while claiming that it is simply backing culture.

The state’s attitude toward folk religion—and its similar largesse toward Buddhism and Taoism—contrasts strongly with its attitude toward China’s two other main religious groups, Christianity and Islam. The government mistrusts these two religions primarily because of their foreign ties. (This parallels a similar crackdown on nongovernmental organizations, which now are largely banned from receiving foreign money.). [Source]

Local officials in Henan demanded that a church erase the words: “Besides the Lord, there must be no other gods” written on the church’s wall. The heads of the church opposed this move but were told that Xi Jinping “opposed this commandment.” h/t @hui_echo https://t.co/mreTld70W1

The Chinese government’s fear of foreign influences and its effort to assert authority over Islam and Christianity correspond to a high-level meeting in 2016, during which President Xi warned CCP officials to guard against religious extremism and foreign infiltration through religion. According to a series of reports from a UN human rights panel, Human Rights Watch, and others, as many as one million Muslim Uyghurs have been interned in “re-education” camps where they are forced to renounce their religious identity as part of the state’s anti-terrorism campaign. Recently, a new law was passed to make Islam “compatible with socialism.”  The law is in step with the ongoing campaign by local Xinjiang authorities to “Sinicize” religion.

I really hate it when the CCP uses the term “sinicize” to give the impression that their actions are a Chinese culture thing when they’re really a party-state authoritarianism thing. “Sinicizing” religion means CCP control over religion. https://t.co/DcOQKAvuxm

Although Uyghurs have been the main target of the current crackdown, China’s other Muslim minorities including the Hui are increasingly at risk of state-sanctioned discrimination. From James Palmer at Foreign Policy:

The news for the Hui, and other Chinese Muslims, isn’t good. In mid-December, several provinces removed their halal food standards, a move heralded by government officials as fighting a fictional pan-halal trend under which Muslim influence was supposedly spreading into secular life. That’s a severe contrast with previous government policies, which actively encouraged the development of the halal trade for export. This week, meanwhile, three prominent mosques were shut, sparking protests. Many mosques across the country have already been closed, or forced to remodel to a supposedly more Chinese style, and the Communist Party presence there has been strengthened, with pictures of Xi Jinping placed in prominent locations and the walls covered in Marxist slogans.

[…] The state campaign has been backed by a growing popular Islamophobia, which has erupted in the last four years. Anti-Uighur racism has always existed, but it previously focused largely on ethnicity, not belief. The new hate largely began with the terrorist attack at a train station in the southern city of Kunming in 2014, when eight Uighur attackers killed 31 travelers. A newly aggressive Han chauvinism became the norm online—aided, perhaps, by it being one of the few remaining forms of tolerated public political speech. Many Chinese friends and colleagues, even relatively liberal ones, bristled at any mention of Islam, seeing Westerners as anti-Chinese and biased in favor of Islam. While other online speech has been harshly shut down, the censors have barely touched abuse of Muslims, even calls for violence.

Chinese Islamophobes have created a mythical halalification movement, which functions in their imagination something like sharia does in the minds of rural American lawmakers fearful that the mullahs might start marching down Main Street. Food has often been a clashing point; young Uighurs often avoid eating in nonhalal restaurants not for religious reasons but as a gesture of cultural defiance, and the forced consumption of pork has now become routine in Xinjiang. In the minds of Chinese Islamaphobes, however, Muslims are the ones imposing themselves on good, ordinary Chinese. The mere offering of halal services is taken as a sign of imminent threat; when one delivery app included it as an option, Muslims faced a wave of online hate. [Source]

In a rare move to counter growing criticism from foreign governments and international organizations of the country’s mistreatment of Uyghurs, the Chinese government invited a small group of foreign reporters and diplomats to visit the internment facilities in Xinjiang. Local authorities used the opportunity to downplay the dark side of the internment camps. From Ben Blanchard at Reuters:

Speaking in Xinjiang’s capital, Urumqi, Shohrat Zakir said the centers had been “extremely effective” in reducing extremism by teaching residents about the law and helping them learn Mandarin.

[…] In one class reporters were allowed to briefly visit, a teacher explained in Mandarin that not allowing singing or dancing at a wedding or crying at a funeral are signs of extremist thought.

The students took notes, pausing to look up as reporters and officials entered the room. Some smiled awkwardly. Others just looked down at their books. All were Uighur. None appeared to have been mistreated.

[…] There was plenty of singing and dancing in other rooms reporters visited, including a lively rendition in English of “If You’re Happy and You Know It, Clap Your Hands,” that seemed to have been put on especially for the visit.

Several residents agreed to speak briefly to reporters, though all in the presence of government officials. Reporters were closely chaperoned at all times. [Source]

According to ministry spokesman Lu Kang, all parties including UN officials are now welcome in Xinjiang as long as they “abide by Chinese law and comply with relevant procedures” and “avoid interfering in domestic matters.” Human Rights Watch’s China Director Sophie Richardson has slammed the staged visits and called for independent assessments of the camps.

More than a hundred Uyghur intellectuals working to preserve Uyghur culture have been caught in the crackdown in Xinjiang as government authorities aim to eliminate Uyghur identity and its collective cultural heritage and memory. Even outside the camps, Uyghurs are often forced to communicate in Mandarin Chinese rather than their native Turkic language. Austin Ramzy at The New York Times reports:

As the guardians of Uighur traditions, chroniclers of their history and creators of their art, the intellectuals were building the Central Asian, Turkic-speaking society’s reservoir of collective memory within the narrow limits of authoritarian rule. Their detention underscores the party’s attempts to decimate Uighur identity in order to remold the group into a people who are largely secular, integrated into mainstream Chinese culture and compliant with the Communist Party, observers say.

The Chinese government has described the detentions as a job training program aimed at providing employment opportunities for some of the country’s poorest people. But a list of more than 100 detained Uighur scholars compiled by exiles includes many prominent poets and writers, university heads and professors of everything from anthropology to Uighur history.

[…] The removal of high-profile Uighur scholars familiar with the Chinese government, and the country’s education and legal systems, is aimed at erasing not only the group’s unique ethnic identity but also its ability to defend such traditions, said a Uighur professor now living in Istanbul who asked not to be identified because of possible risks to family in Xinjiang.

[…] These scholars offered a moderate path, where Uighurs could maintain religious and cultural practices without turning to extreme and isolationist ideas, said Rune Steenberg, a postdoctoral researcher at the University of Copenhagen.

“This is the really big tragedy about the clampdown,” Dr. Steenberg said. “They were actually bridge builders of integration of broader Uighur society into modern Chinese society and economy.” [Source]

This new year I'm thinking about my Uyghur friends and colleagues who spent the past year in prison or internment camps in China. I hope 2019 will be better.

Here is a partial list of some of those friends: pic.twitter.com/okwwc1MsII

The assault on moderate intellectuals began with the imprisonment of Ilham Tohti, a Uyghur economist, in 2014. He was sentenced to life in prison after being found guilty of separatism.