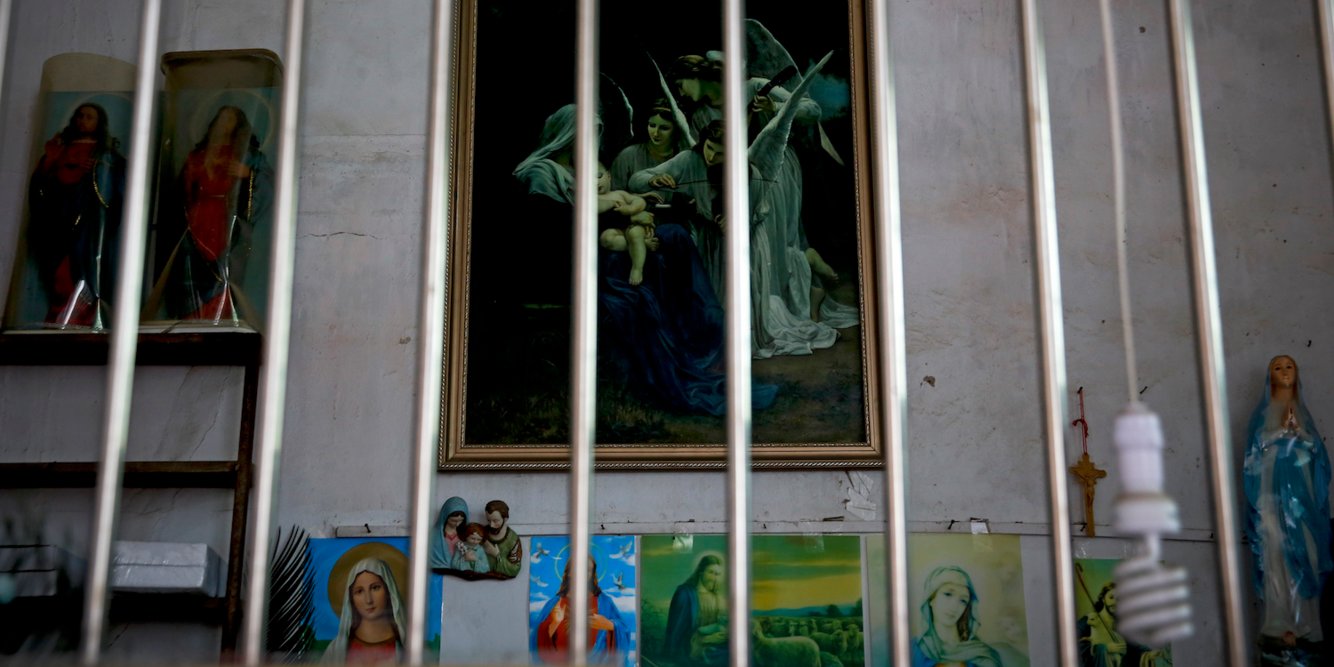 Officials in Beijing have shut down Zion church, one of the city’s largest Protestant “house” churches, for operating without a license. Authorities sealed off the church and confiscated printed materials after church leaders refused to comply with demands for greater government oversight. Christian Shepherd at Reuters reports:

The Zion church had for years operated with relative freedoms, hosting hundreds of worshippers every weekend in an expansive specially renovated hall in north Beijing.

But since April, after they rejected requests from authorities to install closed-circuit television cameras in the building, the church has faced growing pressure from the authorities and has been threatened with eviction.

On Sunday, the Beijing Chaoyang district civil affairs bureau said that by organizing events without registering, the church was breaking rules forbidding mass gatherings and were now “legally banned” and its “illegal promotional material” had been confiscated, according to images of the notice sent to Reuters late on Sunday and confirmed by churchgoers.

“I fear that there is no way for us to resolve this issue with the authorities,” Zion’s Pastor Jin Mingri told Reuters. [Source]

The forced closure of Zion comes amid an ongoing crackdown on religious freedom that has intensified over the years as President Xi Jinping seeks to limit the influence of religion on society. In response to the rapid growth of Christianity in the country, the Chinese government has launched an extensive clampdown that has led to church demolitions and the removal of thousands of crosses in Zhejiang and other provinces. Several Christian lawyers and activists were detained and subsequently released for campaigning against cross removals. Most recently, officials banned online retailers from selling Bibles as the government tightens religious regulations. At the AP, Christopher Bodeen reports that authorities in Henan have allegedly burned Bibles and forced believers to abandon their faith.

Bob Fu of the U.S.-based group China Aid said over the weekend that the closure of churches in central Henan province and a prominent house church in Beijing in recent weeks represents a “significant escalation” of the crackdown.

[…] Fu also provided video footage of what appeared to be piles of burning bibles and forms stating that the signatories had renounced their Christian faith. He said that marked the first time since Mao’s radical 1966-1976 Cultural Revolution that Christians had been compelled to make such declarations, under pain of expulsion from school and the loss of welfare benefits.

A Christian pastor in the Henan city of Nanyang said crosses, bibles and furniture were burned during a raid on his church on Sept. 5.

The pastor, who asked not to be identified by name to avoid repercussions from authorities, said several people entered the church just as it opened its doors at 5 a.m. and began removing items. [Source]

These developments are taking place in tandem with a government campaign to “Sinicize” religion. As a part of this campaign, officials have insisted on removing the domes of a mosque in Ningxia to make it look more Chinese in style. The State Administration for Religious Affairs had also called for the development of a uniquely Chinese Christian theology that is more compatible with Chinese socialism. That desire is also evident in new rules for online religious content:

These draft measures are really troubling in their overreach and worth a look– consider articles 18, 19. The Measures reflect China's stated belief that freedom of religion comes with a corresponding obligation of believers to adapt their faith to local politics and culture. https://t.co/2ALvKjykTl

These events correspondent to a high-level meeting in 2016, during which President Xi Jinping warned government officials to guard against religious extremism and foreign infiltration through religion.  According to a series of recent reports from a UN human rights panel, Human Rights Watch, and others, as many as one million Uyghurs have been sent to re-education camps where they are forced to renounce their religious identity as part of the state’s anti-terrorism campaign.

Churchgoers who attend so-called “underground” churches–those that are not officially sanctioned by the government–have come under increasing pressure to attend registered state churches as “house” churches come under growing interference. Reuters’ Christian Shepherd looks at the increased punishment and regulation facing unofficial churches:

The unofficial establishments, which range from small living room-gatherings to large, professional operations like Zion, had in recent decades been tolerated by authorities.

They were often able to rent large spaces, though these are rarely identifiable from the outside. The only church exteriors in China adorned with steeples or crosses are officially sanctioned.

In February, new legislation increased oversight of religious education and practice, with harsher punishment for practices not sanctioned by the authorities.

In addition to being asked to install security cameras, some unofficial churches have been asked by police to take detailed lists of attendee IDs and phone numbers, churchgoers and activists say.

Some who push back have been visited by police and asked to switch places of worship to officially sanctioned churches, they added. [Source]

Despite the ongoing crackdown, house churches are expanding rapidly across China. The growing role of home churches is in some instances spurred by government suppression itself as worshippers seek alternative venues to continue hosting religious services. In Henan, for example, parents are gathering in private homes to bring services to their children following a ban on minors from entering churches. From Peter Liu at La Croix:

A Catholic in Henan’s Nanyang City who gave her name as “Maria” told ucanews.com that her Catholics parents have responded to state pressure by tightening their communal bonds and organizing gatherings at one another’s houses so they can worship with the whole family including their children.

[…] In the face of similar incidents that have been going on for several months, Maria told ucanews.com she recently purchased books on Christianity for her children to read as she sets about doing the equivalent of home-schooling.

Teresa Zhao, a Catholic in Henan’s Shangqu Diocese, said the Christian community there now feels they must shoulder all of the responsibility for ensuring their faith gets passed down to their children, and they have no choice but to do so in a clandestine fashion.

“This is becoming a general trend in China now,” she said. “There’s no way to stop it.” [Source]