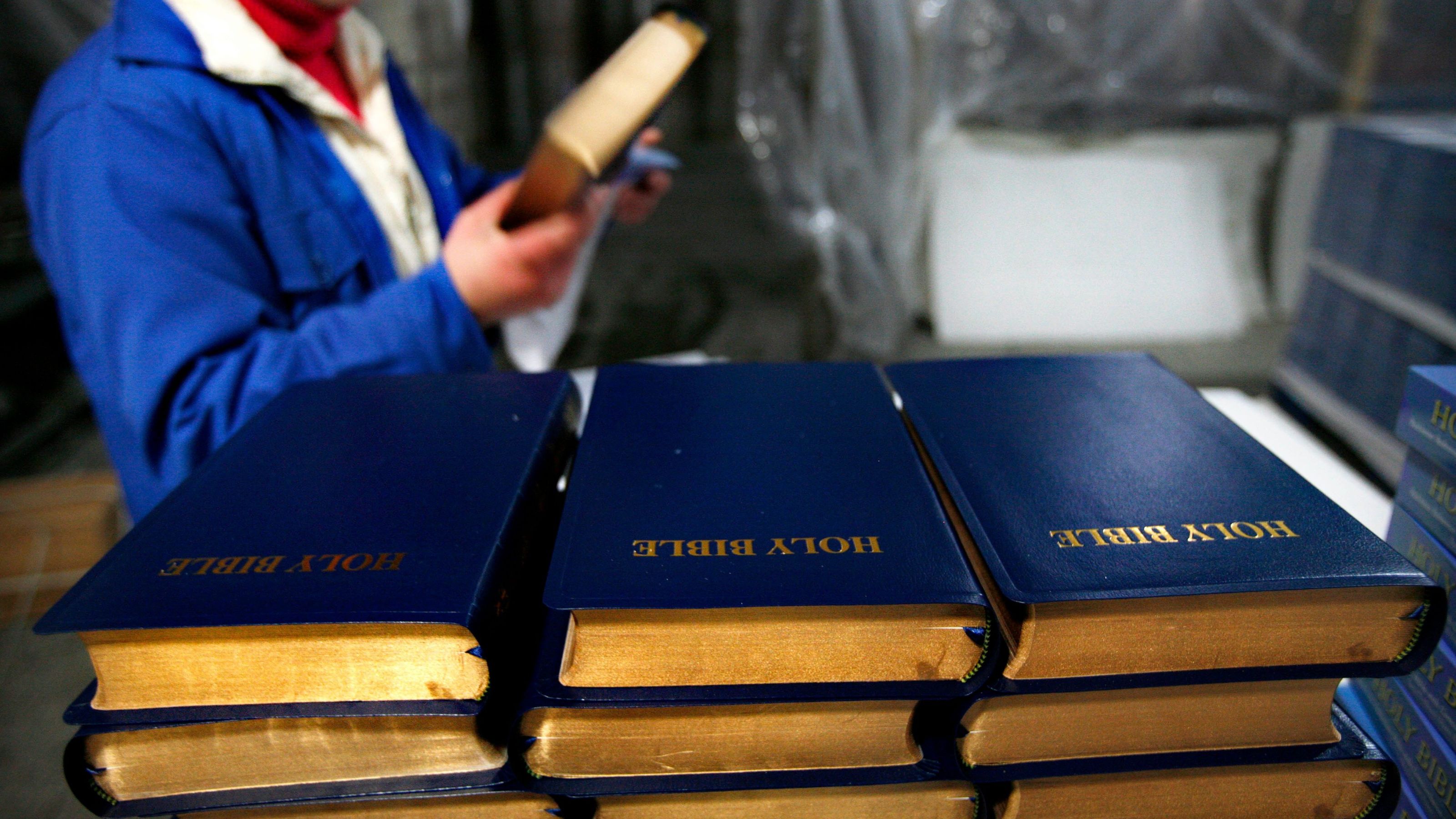 At The New York Times, Ian Johnson reports that Beijing has closed a loophole that allowed online retailers to sell Bibles, the latest in a series of government regulations aimed at enhancing state control of religion in China:

The measures to limit Bible sales were announced over the weekend and began taking effect this week. By Thursday, internet searches for the Bible came up empty on leading online Chinese retailers, such as JD.com, Taobao, and Amazon, although some retailers offered analyses of the Bible or illustrated storybooks.

[…] The move aligns with a longstanding effort to limit the influence of Christianity in China. Among China’s major religions — which include Buddhism, Taoism, Islam and folk beliefs — Christianity is the only one whose major holy text is cannot be sold through normal commercial channels. The Bible is printed in China but legally available only at church bookstores.

The advent of online retailers created a loophole that made the Bible easily available. This was especially important in China given the growing dominance of online shopping.

The closing of that loophole follows new government religious regulations that have effectively tightened rules on Christianity and Islam, while promoting Buddhism, Taoism and folk religion as part of President Xi Jinping’s efforts to promote traditional values. […] [Source]

At the South China Morning Post, Grace Tsoi, Xinyan Yu, and Mimi Lau situate the crackdown into the context of ongoing measures to tighten control over Christianity, and note that smaller retailers have also received warnings to stop selling Bibles:

Under President Xi Jinping, the authorities have further tightened their grip on Christianity, including cracking down on underground churches.

China’s e-commerce behemoths were not the only ones to be hit with the restrictions on online sales of the Bible.

A Christian bookstore on WeChat, China’s most popular messaging platform, based in southern Guangdong province said it was inundated with “notice of punishment” warnings from the social media app on Tuesday, and that most of its content – including the Bible, and Christian books and gifts – had been deleted overnight.

[…] Dong Jianlin, a bishop of a house church in Xian, capital of northwestern China’s Shaanxi province, said believers were shocked by the news.

“But I think the shock will die down gradually, because you just can’t ban the Bible,” he said. “People will always find ways to buy it, such as at state-sanctioned churches.” [Source]

There are about 42 million Christians in China (38 million Protestants and 8 million Catholics) according to a white paper titled “Policy and Practice of China’s Protection of Religious Freedom” (《中国保障宗教信仰自由的政策和实践》), released this week. However, since many more Christians worship in underground churches without government sanction, the above-linked SCMP article notes that some academics estimate that Christians in China may be more numerous than the Party’s 90 million members. An English report from Xinhua summarizes the government white paper as a pledge to “continue to respect and protect its citizens’ freedom of religious belief.” The Chinese government is known to praise itself for protecting religious freedom even as blatantly repressive policies are unrolled, as happened in 2016 when Beijing released a white paper extolling the religious freedom enjoyed in Xinjiang, the frontline of a long-running and increasingly repressive war on terror that has included bans on Islamic practice.

The online Bible crackdown comes amid dialogue between the Vatican and Beijing towards a controversial deal on the  appointment of bishops in China—long a point of contention contributing to a decades-long freeze of diplomatic relations. While comments from the Vatican in February and a report from the Global Times last month suggested that the deal would soon be signed, that optimism was hampered when a Vatican spokesperson reported “no imminent signature of an agreement between the Holy See and the People’s Republic of China” last week.  The New York Times’ Steven Lee Myers reported this week that a senior Party official’s press statement asserting the need for government control of religion has further hampered hope of an imminent deal between Beijing and the Holy See:

“I think there is no religion in human society that is above the state,” the official, Chen Zongrong, said during a briefing on religious affairs in China, underscoring the government’s intention to maintain strict control over all religious organizations and their believers.

Mr. Chen’s remarks came amid reports that the Vatican was prepared to make concessions to Beijing in the appointment of the church’s bishops — including by asking two “underground” bishops to step aside — in exchange for retaining some influence over those who are chosen in the future.

The prospect of a breakthrough after decades of dispute between China’s Communist leaders and a succession of popes has raised hopes but also stirred unusual public criticism of the Vatican. Some Catholic leaders have warned that concessions to Beijing could betray those who have faced pressure and even persecution by worshiping in the so-called underground church here. [Source]