Bail or Banishment for Some Held Over 6/4 Anniversary 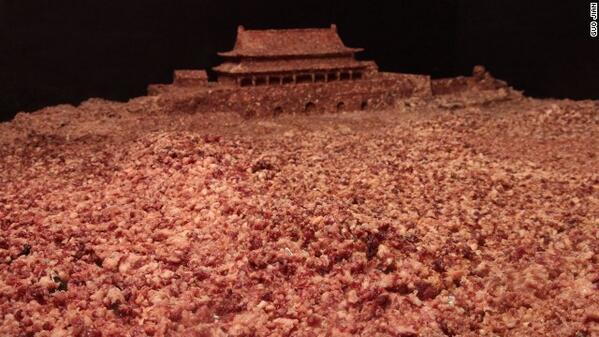 The passing of Wednesday’s Tiananmen anniversary has brought apparent resolution to the cases of a few of the dozens detained ahead of it, The Wall Street Journal’s Josh Chin reports:

Chinese authorities Friday released a fourth person detained after attending a May 3 forum to discuss the 1989 crackdown, according to lawyers and rights groups. Film critic Hao Jian, who had held the forum in his Beijing apartment, was released on bail, they said. Mr. Hao had been detained on May 6 on suspicion of “picking quarrels.”

Three others—scholar Xu Youyu, activist Hu Shigen and dissident writer Liu Di —detained around the same time as Mr. Hao on the same suspicions were released on bail Thursday. All four had been criminally detained, a step below a formal arrest that doesn’t necessarily result in charges being filed.

[…] This year, police detained an unusually large number of regime critics, according to human-rights groups. The group Chinese Human Rights Defenders put the number at 50 “detained, disappeared or summoned.”

[…] “Our fear is that the June 4th anniversary was an excuse for authorities to detain these individuals and that a portion of them will be processed through the criminal system,” [Maya Wang, a Hong Kong-based researcher with Human Rights Watch] said. [Source]

Chin also discusses the case of prominent rights lawyer Pu Zhiqiang, another participant in the May 3rd seminar who was later detained. Further detentions of his associates fueled fears that he would be tried, but rights activist Hu Jia suggests that while he will be held longer “to knock him down a peg [, …t]hey don’t want the spectacle of a trial. He’s too well respected.”

Another detainee, Chinese-born and Beijing-based Australian artist Guo Jian, has been accused of fraudulently obtaining a work visa, and will be removed from the country later this month following 15 days in administrative detention. Having acquired Australian citizenship, Guo is subject to Chinese visa requirements because, under China’s nationality law, “any Chinese national who has settled abroad and […] acquired foreign nationality of his own free will shall automatically lose Chinese nationality.” But Philip Wen reported at The Sydney Morning Herald:

[… F]riends and rights advocates expressed scepticism over the timing with which the alleged visa infraction was discovered, pointing out he had been able to extend his visa in the nine years he has worked as an artist in China, having returned to the mainland in 2005 after 13 years in Australia.

They say the likely reason for his detention and expulsion from China stemmed from a heartfelt and at times cutting interview he gave to the Financial Times [link], where he spoke of what he witnessed during the Chinese military’s violent suppression of the student-led Tiananmen Square demonstrations on June 4, 1989 – a subject that remains highly taboo in mainland China.

“In the absence of other information, it’s hard to reach a conclusion other than he’s been stripped of his visa because he was talking about Tiananmen,” Sophie Richardson, the China Director of Human Rights Watch, said. [Source]

Wen later reported that a model of Tiananmen, which Guo had crowned with 160kg of minced pork as a private commemoration of the anniversary, appeared to have been smashed to pieces by police:

Went to Guo Jian's studio today. This is 'The Square' as it stands now. pic.twitter.com/wmPPvJQENV

It was four years ago that the Australian artist first started on the two-by-five metre diorama of Tiananmen Square that will likely – rightly or wrongly – come to define his work.

Last month, he completed the installation, tipping 160 kilograms of raw minced pork in a private protest marking the 25th anniversary of the violent military suppression of the student-led pro-democracy protests at the square, events he witnessed first-hand.

[…] His work now lies in a crumpled mess of plywood and Styrofoam; heavily symbolic, says neighbour and fellow artist Wu Yiqiang, of his close friend’s trampled artistic expression and right to free speech.

“This work was created by Guo Jian, but it has really been completed by the government,” Mr Wu said. “Nothing can capture the upheaval better.” [Source]

Another artist, Chen Guang, was also detained ahead of the anniversary after privately marking the occasion with their work, and publicly discussing it with foreign media. Chen remains in detention. At The Washington Post last week, William Wan discussed the presence of Tiananmen in Chinese art, with perspectives ranging from those who see confronting it as the fulfillment of a profound duty, to others who dismiss such work as “all stunts, phony posturing.”