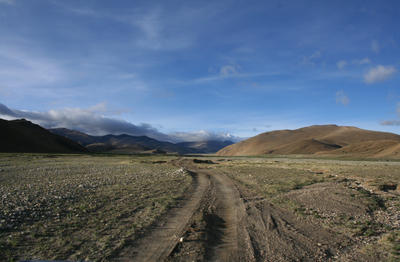 On Monday, as three people in Xinjiang were sentenced to death in connection with a jeep attack at Beijing’s Tiananmen Square last October, thirteen people from the Uyghur Autonomous Region were executed for terrorism and other violent crimes. Michael Forsythe at The New York Times reports:

The 13 people had been found guilty of organizing and leading terrorist groups, as well as murder, arson, theft and other crimes, according to the official Xinhua News Agency, whose report cited courts in three different cities in Xinjiang. “The 13 criminals had planned violent terrorist attacks and ruthlessly killed police officers, government officials and civilians, which took innocent lives, caused huge property loss and seriously endangered public security, according to local courts,” Xinhua said.

The report did not give the names of the people who were executed. But the agency said three of them were involved in an attack last June on a police station and government offices in Turpan prefecture. News reports at the time of the attack said 26 people were killed, including nine police officers and security officials; 10 of the attackers were killed. [Source]

Elsewhere, Xinhua provided details on four of the thirteen and the criminal activities of which each was convicted:

In one case, three defendants — Ehmetniyaz Sidiq, Abdulla Srepli and Gulam Eli– were convicted of organizing and leading terrorist attacks on a police station, hotel, government office building and other venues, killing 24 police officers and civilians and injuring 23 others at Lukqun Township in Shanshan County of Turpan Prefecture on June 26 last year.

In another case, Abdujelil Metnasir joined a terrorist group in February 2012 under the influence of extremism, participated in illegal religious activities many times and led physical training for terrorists. In May 2012, he and other members of the group killed two members who wanted to quit, and planned the assassination of government officials. In June 2012, he provided the bombs that killed one child and injured 17 others at an illegal preaching venue. [Source]

Since the launch of an extensive anti-terrorism campaign last month, more than 60 suspects linked to terrorism and religious extremism have been captured in Xinjiang with the help of crime tips from the local populace, Global Times reported:

Tip-offs from the public have led to the arrests of at least 60 terrorists and religious extremists in Northwest China’s Xinjiang Uyghur Autonomous Region since police launched an anti-terrorism campaign on May 23.

Police have busted nine terrorist gangs and one religious extremist group on the strength of more than 300 pieces of information provided by local people. They also seized nearly 160 sets of explosive devices, 40 kilograms of explosive materials and multimedia cards with content related to jihad, or “holy war.”

Residents of Hotan prefecture’s Pishan county were described as a new force in combating violence.

In one recent case, local residents set up barricades on main roads in every village and checked people and vehicles passing by, Xinjiang’s news portal www.ts.cn reported. [Source]

Meanwhile, three knife-wielding attackers struck in a chess hall in Xinjiang before being arrested by police. China Daily reports:

The official website of local government (www.xjht.gov.cn) quoted information from the publicity department of Hotan that three knife-wielding men rushed into a chess and card room in Yingbin Road at around 5:45 pm Sunday and attacked people. [Source]

Within China there has been almost no investigation into why parts of Xinjiang and the Tibetan Plateau have become so restive despite such large-scale public investments. The reasons for this inaction are political. The CCP elite has been unwilling to acknowledge failure in their strenuous efforts to hasten the integration of the western provinces with the rest of China. Instead, CCP leaders have blamed outbreaks of ethnic unrest on external meddling by hostile forces — that is, independence-minded exile groups and their foreign supporters.

But there is very little hard evidence to suggest that the recent wave of ethnic unrest in Tibet and Xinjiang is the result of external meddling. In the street protests that began in 2008–9, and that involved tens of thousands of people, the available evidence suggests that local grievances are the cause of unrest. Protesters’ placards and shouts highlight frustration over social, economic and cultural policies. Notes left by self-immolators express despair at how cultural and religious policies are impacting local communities (131 Tibetan protesters have set themselves on fire since 2009). Only a very small minority of protesters appears to have been motivated by an anti-PRC agenda.

[…] The CCP’s insistence that enemies abroad are responsible for all Tibetan and Uyghur unrest is harming the party’s interests and its ability to govern its ethnic regions. It stands as a ‘political great wall’ against intelligent inquiry into the sources of ethnic minority grievances and the extent to which public policies can exacerbate or ameliorate those grievances. [Source]