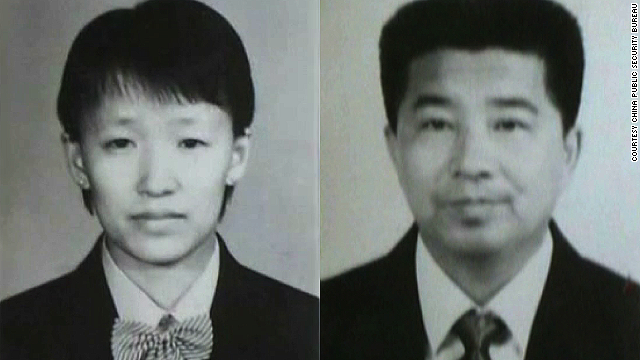 On May 28, a woman was killed by a group of people in a McDonald’s in Shandong after refusing to give them her cell phone number. Tim Hume at CNN reports:

What happened next, captured by terrified onlookers on their cellphone cameras and later replayed in news reports, would shock the Chinese public and trigger an official crackdown on what Beijing has characterized as a dangerous doomsday “cult.”

“Go to hell, demon,” one of the accused, Zhang Lidong, yelled as he beat the woman with a steel mop handle, telling her she would “never come back in the next reincarnation.”

Other members of the group threatened diners that they would kill anyone who intervened, reported Chinese state media.

By the time police arrived at the fast food outlet in the city of Zhaoyuan, in the eastern Chinese province of Shandong, they found the victim, a 37-year-old mother named Wu Shuoyan, lying in a pool of blood. [Source]

Authorities arrested five members of a doomsday group called Church of Almighty God, or Eastern Lightning, for the killing and have launched a campaign against “evil cults,” a term which has been used primarily against Falun Gong practitioners. Julie Makinen at the Los Angeles Times reports:

Some observers sense a newly intensified effort to counter unpermitted belief groups. Red-and-white banners with messages such as “Believe in science, create culture, make great efforts against evil cults,” can be seen in parks and many other public spaces across the country.

“I think it’s more visible. After the Falun Gong [crackdown], there was a wave of this kind of propaganda,” said Nanlai Cao, associate professor in religious studies at the People’s University in Beijing. “The past five years, I don’t think it was very visible, but now I think it’s a big issue, and has become a top priority for government officials.”

In the wake of the McDonald’s slaying, state-run media have linked the Almighty God organization to riots in Henan in 1998, the killing of an elementary school student in 2010 and a mass stabbing of schoolchildren in 2012.

“Maybe in the past, they choose not to report it, but in the current context there may be more coverage,” Cao said. “It’s a reconstruction of the story in a new framework, an anti-cult framework.” [Source]

Some Chinese media have alleged a “collusion” between pro-democracy groups and the cult, which activists such as Wang Dan have denied. A propaganda directive forbid the promotion of a Global Times article about such a collusion. Read more about the Church of Almighty God, via CDT.

China Lashes Out at U.S. After Religious Freedom Report