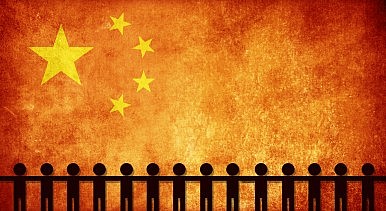 In a blog post translated at The Diplomat, Yang Hengjun writes that China should not let America’s sometimes aggressive and self-serving promotion of democracy and human rights obscure their real value. Greater freedom, he argues, is in China’s own domestic and geopolitical interests.

Facing an aggressive U.S., some people don’t think about how to neutralize the American offensive or how to address our basic weaknesses. Instead, they turn around to deal with their own people, thinking, “To resist foreign aggression we must first have peace domestically.” These people seize the opportunity to squeeze human rights more tightly, bringing public anger to a boil. To these people I say, as I mentioned above, that the winner of the Cold War was determined by the hearts and minds of the people, not by who had more nuclear weapons and aircraft carriers. At the height of the Cold War, a civil rights movement opposing the authorities emerged in the U.S., while the Soviet Union ruthlessly violated human rights from start to finish. The regime that allowed its people to speak up, criticize, and protest endured, while the oppressive Soviet Union broke up.

[…] Some netizens have asked me why I am always confident, but my words are sharp. Others have asked me whether there’s still hope for China as we face so many problems. My response: Of course there’s hope. If not, why would I criticize China? One of the most important reasons why I keep up a critical attitude toward a nation and its government is that I think the nation and government are worth my criticism — there is a possibility for improvement and for reform. If I were living in North Korea or in Libya under Gaddafi, I would shut up immediately and wait for the outbreak of the revolution. [Source]

See similar recent arguments that human rights are in China’s own national interests from Julia Famularo and Ian Johnson, and more by and about Yang Hengjun, via CDT.