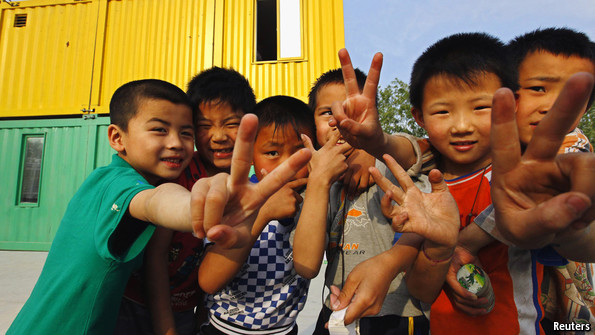 Following a pair of recent articles on China’s cautious accommodation of independent domestic NGOs, The Economist focuses on a foreign-run organization providing facilities for children of migrant workers in Beijing and Shanghai:

Jonathan Hursh has an NGO running community centres for migrant children. Over the past eight years, it has been on the brink of closure several times. It has survived, though, and, within its closely watched remit, has begun to thrive. Mr Hursh, an American who is 35, says he has learned some lessons along the way. His NGO, called INCLUDED, now has government support for its four centres in Beijing and one in Shanghai, providing after-school programmes for more than 400 migrant children each day, plus early-childhood development classes for migrant parents.

Chinese authorities know that NGOs like INCLUDED can help them cope with people, such as migrant families, who are not always popular in cities where public services are under strain. But the party is wary of independent groups and especially hostile to foreign organisations that seek to influence Chinese society. However, although such groups can be vulnerable to government censure, they can also receive quiet support: one police officer grilled Mr Hursh for hours, for example, then claimed to him in private that, but for his uniform, he would happily volunteer for the organisation. [Source]