Minitrue: Blood Donation Out of Order? 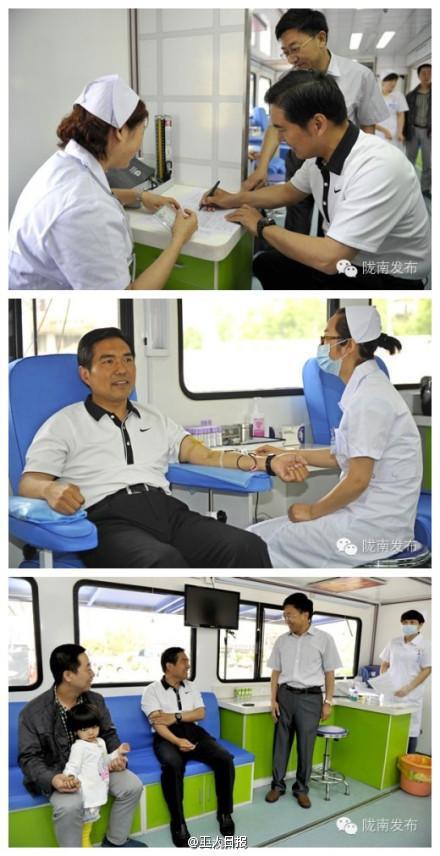 Sun, who works in Longnan, Gansu, was photographed on June 16 donating blood. The order of the photos seems to have been switched: People’s Daily reports that Sun first had a blood test administered to his right arm, then gave blood from his left. 
WAR IS PEACE • FREEDOM IS SLAVERY • IGNORANCE IS STRENGTH