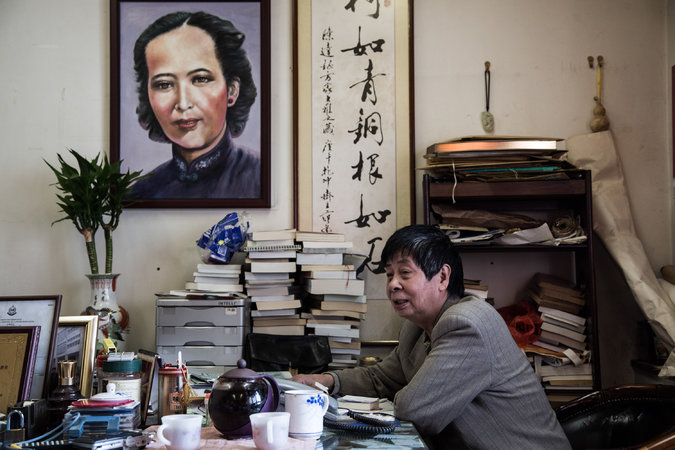 Chris Buckley of the New York Times profiles Chan Tat Ching, also known as “Brother Six,” who stood among the crowds in Hong Kong mourning the 25th anniversary of the Tiananmen Square massacre on June 4th, and who had once rescued democracy activists after the crackdown in 1989:

“My era has already passed,” Mr. Chan said. “But people in the rescue operation back then remember me, and some people we saved send thanks every year.”

These days, Mr. Chan, 70, collects rent from several properties and helps friends in the trading business. But in 1989, he helped create a secret lifeline to freedom after the armed suppression of protests centered on Tiananmen Square.

Using midnight boat runs to isolated inlets in southern China, coded messages and copious bribes, Mr. Chan led a team of Hong Kong smugglers who spirited out more than 130 students, academics and officials wanted by the authorities, according to histories of the operation and his own account. Like Sun Wukong, the unruly magical monkey king in an ancient Chinese novel, Mr. Chan and his men outsmarted the “armies of heaven,” he said.

“One monkey doesn’t add up to much, but a group of them is terrifying,” Mr. Chan said. “We were like a group of monkeys who were able to get away with what nobody dreamed was possible, helping the biggest ‘black hands’ escape from the mainland,” he added, using the Beijing government’s term for the dissidents it denounced the most heavily in 1989. [Source]

Read more about the 25th anniversary of June 4th, via CDT.