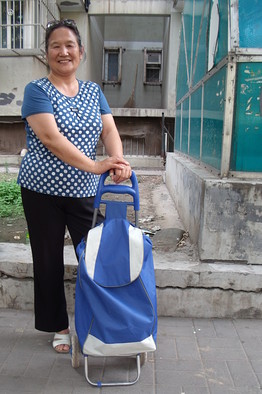 According to a recent study, China now ranks second behind the United States as the country with the largest numbers of overweight people. China Real Time reports:

The country is now No. 2 for obesity, with its number of obese residents outstripped only by the U.S. Its obesity rate has skyrocketed over the last three decades, resulting in 46 million obese Chinese adults and 300 million who are overweight, according to a study by the University of Washington’s Institute for Health Metrics and Evaluation.

Published in the medical journal The Lancet, the study analyzed weight trends in 188 countries and found that more than 28% of Chinese adult men and 27% of the country’s adult women are overweight or obese.

[…] Though obesity is more of an adult phenomenon in China, children and adolescents aren’t immune. The study’s authors say that China’s child obesity is alarming: According to their findings, 23% of Chinese boys under age 20 are overweight or obese, while comparable figure for girls is 14%. Such figures largely surpass those of other high-income countries, including Japan and South Korea. [Source]

China Real Time interviewed residents of Beijing for their views on obesity in China and how their own eating habits have changed over the last two decades. Here is one response from a 65-year-old woman named Guan Huiting:

Why are Chinese people getting fatter?
Today, people eat better than before but they exercise less. And in a family, children want their parents to eat more, while parents want their kids to eat more; in the end, they all get fat.

Have you or anyone you know struggled with weight issues?
My whole family is overweight. I think it’s probably genetic. I try to pay close attention to what I eat. At dinner, I never eat until I’m stuffed.

How have your eating habits changed over the past 10 to 20 years?
Food tastes different now. Leeks don’t smell or taste like leeks anymore. All the fertilizer and pesticides used must not be good for our bodies, and a lot of the hormones added to meat cause people to gain weight. After I saw a chicken farm in my hometown, I decided not to let my granddaughter eat chicken any more.

Do you exercise?
I try to exercise whenever I can. Like now, I’m walking home, which is two [subway] stops away. Sometimes in the mornings when it isn’t so hot, I walk as far as four stops. On the weekends I go to parks with my friends, which is good for my body and my spirit. [Source]