Murong Xuecun Asks To Be Arrested In China 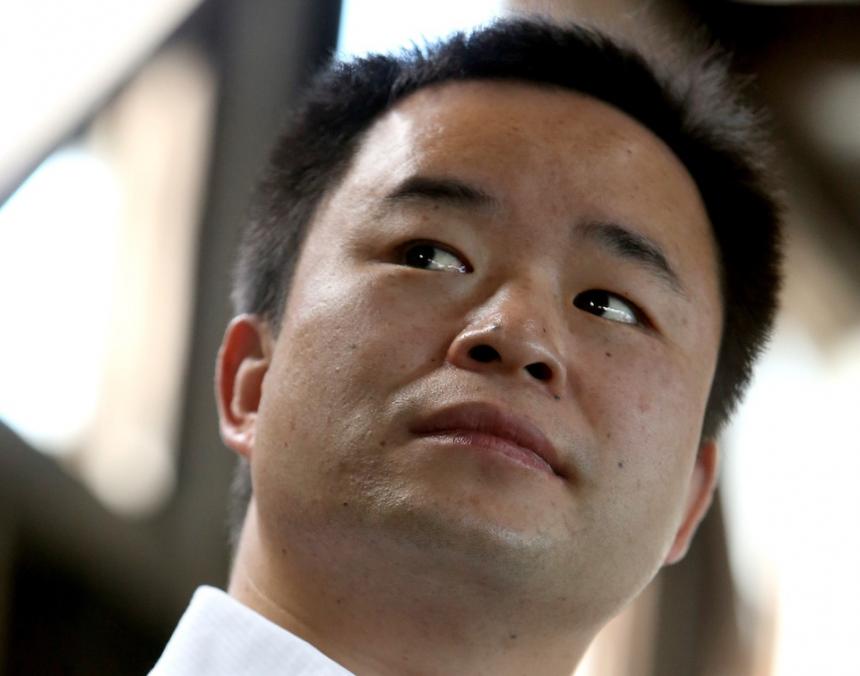 At the Chinese Law Professor blog, Donald Clarke provides an English translation of writer Murong Xuecun’s “Statement of Surrender,” which was likely released today or yesterday.  Murong Xuecun wrote about the Tiananmen Square crackdown as well as the detentions of his friends, including Xu Youyu, Hao Jian, and Pu Zhiqiang in The New York Times last May.  He planned to turn himself in on his return from Australia:

Two months ago, Pu Zhiqiang, Xu Youyu, Hao Jian, Hu Shigen, and Liu Di were arrested on suspicion of “stirring up trouble and provoking disturbances.” This so-called “stirring up trouble and provoking disturbances” was in fact nothing more than people getting together at home: some ten-odd people met at Hao Jian’s home and discussed the Tiananmen Incident of 25 years earlier, and this became a crime. I was supposed to have been there, but on the day of the meeting I was to go to the University of Sydney to be a visiting scholar, so I made only a written declaration stating my own views of the Tiananmen Incident. I never imagined that in this so-called People’s Republic even this kind of trivial incident could become a crime. I made a declaration on the internet stating that I also participated in their stirring up trouble and provoking disturbances but was currently abroad, and asked the authorities to please wait for two months until I had finished by trip to the University of Sydney, when I would return to China and surrender.

I in no way accept the arrest of these people, but also don’t feel that I should get some special treatment. I did the same thing that they did and cannot stay outside of the matter. I have already returned to Beijing and await arrest at any moment. For the next 24 hours after issuing this statement of surrender, I will be waiting in my home in Haidian District, and request that those who come bring the appropriate documents. After 24 hours, please telephone in advance to arrange a time. [Source]

These are dicey times for Murong Xuecun, although it might not be apparent from his recent movements. He just spent three months in Sydney, Australia, as a visiting scholar at the University of Sydney; went to Saint Malo on the northern coast of France for a literary festival; and spent time in Italy with his European agent before jetting off to Hong Kong to visit his girlfriend, who teaches at a university there. The 40-year-old, Beijing-based novelist (whose real name is Hao Qun) is among the biggest stars in a group of young Chinese literati who jumpstarted their careers by publishing fiction online. In recent years, he’s also gained notoriety for his fearless blogging and opinion pieces. Why worry about this outspoken, best-selling, baby-faced Chinese novelist?

Because on May 23 in a column for the New York Times, published in English and Chinese, Murong stated that when he got back to China, he was going to turn himself over to the authorities. His “crime”: involvement in a commemoration of the 1989 Tiananmen Square pro-democracy movement. That May 3 forum in a Beijing apartment, which Murong missed because he was out of the country, resulted in the detention of several prominent intellectuals, including the well-known rights lawyer Pu Zhiqiang, who remains in custody. Murong says he was there in spirit. He was invited and contributed an essay about heroism and Tiananmen that was read at the gathering. “Hard as it may seem to believe — I have a law degree, and I myself can hardly believe it,” Murong wrote in his column, “reciting such an essay at a private gathering can violate China’s laws.” He added: “I am going to turn myself in.”

Murong was to fly back to Beijing July 2. Whether he ends up in jail, the subject of Pen International petitions and Human Rights Watch campaigns, or whether he is deemed harmless by Chinese authorities, free to write his next book unmolested, remains to be seen. [Source]

Read more by and about Murong Xuecun, via CDT.

Xinjiang Arrests Account for 21% of Total in China in 2017