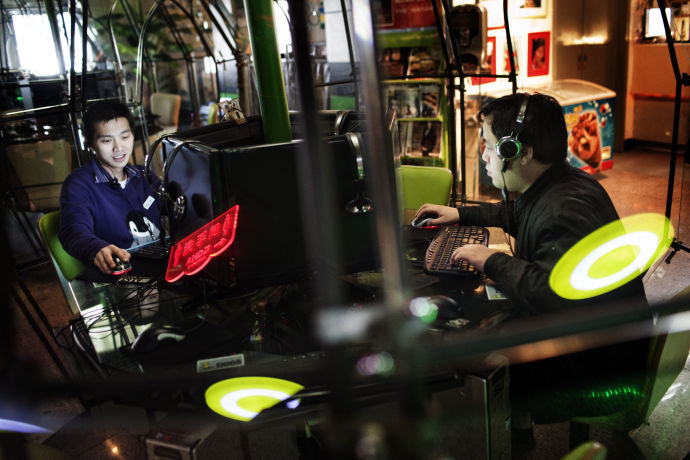 The New Yorker’s Evan Osnos comments on the politically-tinged medicalization of Internet addiction in China, and on the documentary Web Junkie by Shosh Shlam and Hilla Medalia.

In China today, Internet addiction has acquired a symbolic function that is about more than health. It is a measure of national anxiety as much as the rise of “neurasthenia” (“tired nerves”) was a sign of America’s unease during the industrial revolution. At one point in the documentary “Web Junkie,” a young Chinese patient diagnosed with Internet addiction says, “If you check their definition of ‘Internet addiction,’ eighty per cent of Chinese people must have it.”

Professor Tao Ran, the founder of the center and a pioneer in Web-addiction treatment in China, is a particularly surprising character. At first, he is cast as the quack—Nurse Ratched in a military uniform, braying about the Web as “digital heroin.” But then he addresses a room full of parents and describes, perceptively, that a generation of only children, who face narrowing job prospects and heavy pressure to support their aging parents, present a challenge that China has never faced. “Do you know how lonely your kids are?” he asks. “So where do they look for friends? The Internet.” He adds, “They feel no heroism or satisfaction in their real lives.” [Source]

An short adaptation of the film appeared as a New York Times Op-Doc in January:

See more on Internet addiction including a report from last month on the death of one 19-year-old patient via CDT. For more on China’s yawning generation gaps see James Palmer’s 2013 article from Aeon Magazine, and subsequent discussion.