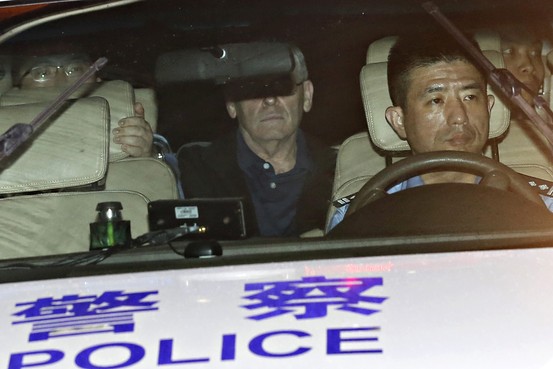 At China Real Time, UC Berkeley law professor Stanley Lubman offers a brief introduction to the legal and extralegal measures employed by China’s police, covering easily confused topics such as the difference between detention and arrest.

Headlines about China are filled with reports of Chinese citizens — some well-known, some less so — who have been detained, arrested or indicted. Recent cases, for example, include those of activist lawyer Pu Zhiqiang, first detained and then arrested for the crime of “picking quarrels,” as well as that of TV journalist Rui Chengang, who was recently detained. The array of terms used to describe the different powers and tactics available to the Chinese police is enough to make both readers and journalists struggle. The terminology varies, and is often used without explanation. For example, news organizations sometimes use the terms “detained” and “arrested” as if the two terms are synonymous.

[…] The problem is deepened by the fact that Chinese police use not only legal, but extra-legal powers to deprive or limit the personal liberty of people authorities claim present threats to “social stability.” Between mid-May and early July, for example, more than 130 individuals were “criminally detained,” “administratively detained,” “arrested,” ”forced to travel,” “taken away,” “put under surveillance,” “taken into temporary custody,” or “home searched” by the Chinese police, according to the latest report by nonprofit Human Rights in China. One was “disappeared.” By July 8th, 36 had been released.

As China continues to step up its campaign against citizens who protest, talk about protesting or commit other acts the state deems disruptive, this review should be helpful to readers[.] [Source]

See also valuable notes on “release on guarantee” and the timeline for criminal detentions from Siweiluozi, and on the use of criminal detention as a replacement for reeducation through labor from the Dui Hua Human Rights Journal and South China Morning Post’s Verna Yu. AFP’s Tom Hancock recently reported on the practice of “forced vacation.”