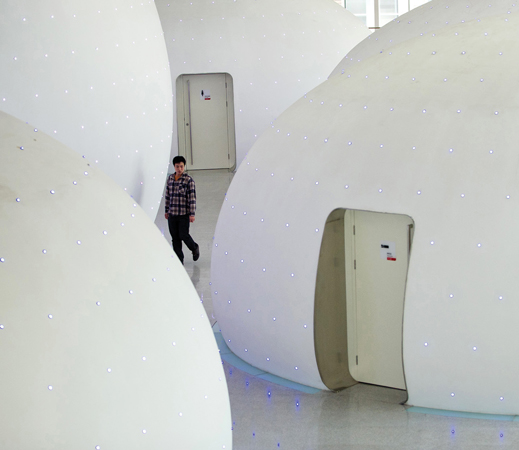 […] Baidu has made Ng, 38, the linchpin of an effort to transform itself into a global force. The company hired him in May to head its research organization, which includes a new artificial-intelligence lab in Silicon Valley and two labs in Beijing, one focused on deep learning and the other on large-scale data analysis. Often called China’s Google, the company plans to invest $300 million in the new lab and a development office on the same floor over the next five years. Ng (it is pronounced “Eng”) aims to hire 70 artificial-intelligence researchers and computer systems engineers to work in the new lab by the end of 2015. “It will really target fundamental technology,” says Kai Yu, the director of Baidu’s Beijing deep-learning lab, a friend of Ng’s who urged him to join the company.

Baidu, which hopes to get half its revenue from outside China by 2020, is just one of several large Chinese Internet companies now looking abroad for talent and customers, seeking to make the most populous nation on earth more than just the world’s factory. With 632 million citizens online, China claims four of the planet’s 10 most-visited Internet properties, up from just one a year ago. The top 20 Chinese Internet companies listed on public exchanges outside mainland China have a combined market value of about $340 billion. The social-networking giant Tencent, whose WeChat mobile messaging service has 100 million registered users from outside China, accounts for almost half of that. And in September, the e-commerce group Alibaba was expected to complete what could be the world’s largest initial stock offering ever. Its debut on the New York Stock Exchange could value it at $150 billion. [Source]

Read more about Baidu, Alibaba, and Tencent, via CDT.