Should Students Be Required to ‘Love the Party’? 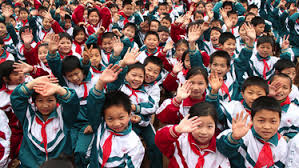 The Global Times reports that, in a bow to public opinion, the country’s primary and middle school behavior code no longer requires students to “love the Party”:

New revisions to the code of behavior for primary and middle school students no longer require them to “love the Chinese people and love the Communist Party of China (CPC).”

[…] Meanwhile, more specific rules have been added. For patriotism, the code now states that students should be aware of Chinese history and salute at flag-raising ceremonies. Students are required to practice garbage classification and live a low-carbon life, while the new code also prohibits them from smoking and drinking as well as Internet abuse.

[…] The MOE launched the revision work on the code of behavior in 2012, starting a public debate. The current code, published in 2004, was deemed out of date and impractical among many Net users, especially after comparison with students’ codes of behavior in other countries that emphasize self-protection rather than patriotism or loyalty to the Party. [Source]

Students in China gave mixed reactions to the changes, with some teenagers saying the new version is easier to follow. “The old one, love Chinese people, love the party, is more like empty conventional talk, while the new code tells you what to do,” says Wu Yilian, a 15-year-old female student studying in Shanghai. “They changed it because they need a code which can really spur actions.”

But others feel excluding the nationalistic mantra is a mistake. “It’s not good to exclude ‘love the party’ because the party and country are linked together,” says 14-year-old female Cai Ling, who lives in Anhui.

Adds high-school senior Li Mingshu, from Hunan province:: “I don’t think it’s good to remove ‘love the party’ because there would be no new China if there was no Chinese Communist Party.” [Source]