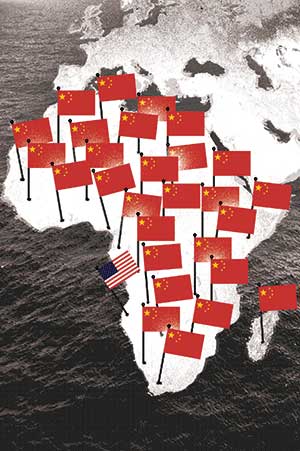 Howard French, author of China’s Second Continent: How a Million Migrants Are Building a New Empire in Africa explains at Bloomberg Businessweek how China is pursuing its diverse goals in Africa, and what the West can learn from it.

Africa’s resource wealth is certainly of huge importance to China, a manufacturing superpower that is urbanizing and building infrastructure on an unprecedented scale. Unlike Western powers, however, China sees raw materials as only one of the three pillars of its Africa strategy. The second pillar involves using Africa as a springboard to help Chinese businesses emerge as global players.

[…] Boasting scores of already mature multinational corporations, Western countries would not be mistaken to think they had relatively little to learn from this aspect of China’s expansion into Africa. The third pillar of Beijing’s strategy, though, could well become the game changer. Understanding that, for the remainder of the century, the bulk of global population growth will take place in Africa, China is making a long bet on the emergence of vibrant, high-consuming middle classes there, and with each year this wager is looking smarter and smarter. [Source]