Is China Still a ‘Developing’ Country? 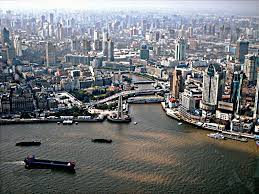 After Barack Obama called on China to join in leading the world in carbon reduction at the UN Climate Summit earlier this week (a meeting of world leaders at which Xi Jinping was notably absent), China’s state media published a response long popular in Beijing: it is unfair to compare emissions in China—still in its developmental stage—with those of countries that were developing prior to modern regulatory norms. From China Daily:

A report released ahead of Tuesday’s UN climate summit, which shows China’s per capita carbon emissions have surpassed those of the European Union, does not tell the whole story, an expert said.

“China and the EU cannot be compared in such a simple way, given their different stages of development and economic situations,” said Zou Ji, a professor at the National Center for Climate Change Strategy and International Cooperation.

According to the Global Carbon Project report, China’s carbon dioxide emissions of 7.2 metric tons per capita for the first time surpassed the EU’s 6.8 tons in 2013.

However, the EU, since the industrial revolution, has produced more cumulative emissions per capita than China, Zou said.

About 70 percent of cumulative emissions since the industrial revolution were emitted from developed countries, which are believed to be the reason behind today’s global climate change, according to the latest assessment report by the Intergovernmental Panel on Climate Change. [Source]

Xinhua carries a similar message, accusing “some Western powers” of “hyping up [China’s] status as the world’s largest greenhouse gas emitter.” Xinhua’s commentary also criticizes the outsourcing of carbon emissions to developing nations. While Xi was absent at the UN Climate Summit, his envoy did pledge China’s support by “upholding the principle of ‘common but differentiated responsibility,'” in responding to climate change.

In a report for Foreign Policy, Isaac Stone Fish examines the validity of using continuing development as an excuse for not being more proactive on international issues:

But is China still a “developing” country? China’s top leaders certainly think so, or at least they say so publicly. In many, if not all of his meetings with foreign leaders, Xi, like his predecessor Hu Jintao, reminds them that China is a developing country, and thus must behave accordingly — but it’s unclear what exactly that means. (China’s U.N. mission didn’t reply to requests for comment; a Chinese embassy spokesman pointed me to the Chinese Foreign Ministry website.)

[…] In November 2010, I wrote an article (with my then Newsweek colleague Rana Foroohar) on how China was too rich to lean on its developing country status, citing the excess manifest in its luxury boutiques, its BMWs, and its billionaires. Four years later, and despite Xi’s corruption crackdown, major cities feel even wealthier now, thought much of the hinterland remains poor. “China is a dualistic economy, with very affluent cities and coastal regions but also some very poor regions that by any standard would be classified as ‘developing areas,'” said Susan Shirk, the chair of the 21st Century China Program at the University of California, San Diego.

Then, as now, the Chinese response has been to claim that domestic poverty eradication is their paramount responsibility. […]

[…] Yes, China contains multitudes. But practically and internationally, the concept of China as a developing country is stale and inaccurate. In 1974, Deng Xiaoping (who would later that decade become China’s paramount leader) gave a speech at the United Nations. “China is a socialist country,” he reminded his audience, “and a developing country as well.” Today, China’s economy is more than 65 times larger than it was in 1974, according to World Bank statistics. […] [Source]