Journalists, Teachers and Students Told to Back Party 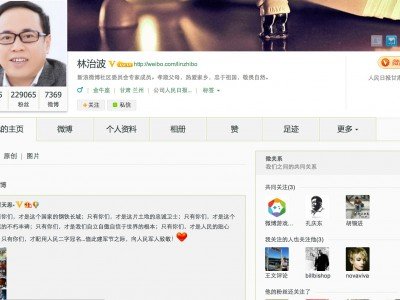 As part of the Xi administration’s ongoing restriction of press freedom in mainland China and Hong Kong, the All China Journalists’ Association has ordered journalists to learn “Marxist news values” and uphold the principles of the ruling Communist Party. Reuters’ Sui-Lee Wee reports:

The guidelines by the All China Journalists’ Association, published by state news agency Xinhua, are aimed at both traditional and online media and are another sign of Xi’s politically conservative agenda.

“Let us hold high the banner of socialist core values,” the report said, using the party’s term for orthodox beliefs.

[…] Early this year, Chinese journalists also had to pass a new ideology exam to keep their press cards. They were required to do a minimum 18 hours of training on topics including Marxist news values and Socialism with Chinese Characteristics. [Source]

The appointment of Lin Zhibo, an editor at the People’s Daily, as dean of Lanzhou University’s journalism school reflects the increasingly active role that the Party is playing in the training of journalists. Damon Yi and Amy Qin at The New York Times report:

Mr. Lin’s appointment has thrown the spotlight on recent efforts by local offices of the Communist Party Propaganda Department to use personnel appointments as a way to forge partnerships with journalism schools and to assert greater ideological control over the training of future opinion shapers.

[…] An earlier iteration of the Propaganda Department and journalism school joint model, or buxiao gongjian in Chinese, is the “Fudan Model,” which dates back to 2001 when Fudan University in Shanghai restructured its journalism school in close cooperation with the local propaganda authorities.

Now, variations of that model are being adopted at top universities across China, following a directive issued in June 2013 by the Central Propaganda Department. By the end of July, at least 19 universities in China had announced that they had started restructuring their journalism schools in cooperation with either local propaganda departments or official news media outlets. Six more schools have indicated similar plans.

[…] Many Chinese liberals are concerned that the direct involvement of the propaganda authorities in the training of journalists is intended to bring Chinese news outlets more in line with party ideology. Hence the uproar over Mr. Lin’s appointment. [Source]

Such efforts extend beyond journalism. Reuters’ Sui-Lee Wee and Li Hui report that the Party committee of Peking University has warned against criticizing the government in an article in a major Party journal.

The move by Peking University, which at one time was a bastion of free speech in China, underscores increasing anxiety of criticism among party leaders and is a sign of Chinese President Xi Jinping’s politically conservative agenda.

[…] “In recent years, some people with ulterior motives have added fuel to the flames on the Internet … ultimately targeting the Chinese Communist Party and the socialist system,” an article in the journal Qiushi, which means “seeking truth” in Chinese, said late on Sunday.

[…] The committee called on teachers and students to “take a firm stand and be unequivocal, and fight against speech and actions that touch upon the party’s and country’s principles and bottom lines in a timely, efficient and resolute manner”. [Source]