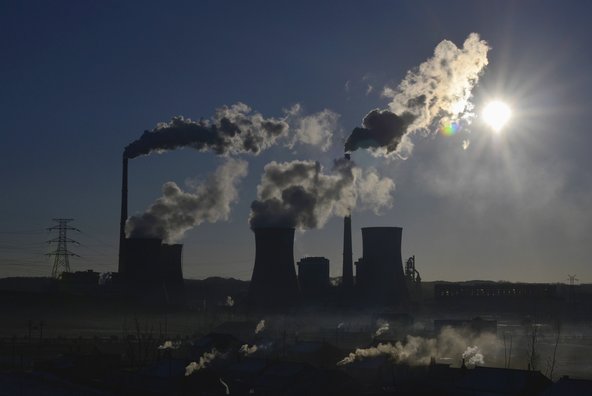 Ahead of the the 2014 UN Climate Summit set to take place on Tuesday, Global Carbon Project scientist and Center for International Climate and Environmental Research research fellow Glen Peters discussed the challenges that China faces in reducing its carbon emissions with The New York Times’ Chris Buckley:

Q. So what does your most recent research tell you about where China’s carbon emissions could be headed, and how much they’ll have to bend to give the world a chance of meeting the two-degree target?

A. Since China is responsible for almost 30 percent of current global emissions and emissions continue robust growth, to have any realistic chance of keeping below two degrees requires strong action by China. We estimate that the remaining emission quota to stay below two degrees Celsius requires China to reduce emissions at around 8 to 10 percent per year and this is, in many cases, greater than the mitigation challenge for the United States. By comparison, the transition to nuclear energy in France, Belgium and Sweden in the 1980s led to reductions of 4 percent per year, but they only lasted for a decade. The mitigation challenge for China is immense.

[…] While China is moving forward with stronger and stronger climate policies, it is unclear if China’s current level of ambition is consistent with keeping global warming below two degrees. The arithmetic of the small remaining emission quota means that the more China emits, the less others can emit. This brings issues of equity and fairness directly into the debate. Despite positive progress in Chinese climate policy, the reality is that, to be consistent with two degrees, a peak and decline in Chinese emissions will have to occur sooner and faster. [Source]

For years, slow emissions declines in the West have been swamped by rising emissions in the East, and the trend continued in 2013. China’s emissions grew 4.2 percent and India’s 5.1 percent. Both countries have been constructing coal-burning power plants at a breakneck pace.

China is spending heavily on renewable and nuclear energy as it tries to slow the growth of coal, but despite those efforts it has become by far the largest emitter of greenhouse gases. Its emissions of 10 billion tons a year of carbon dioxide from the burning of fossil fuels and cement manufacturing are almost twice those of the United States, though emissions per person are still far higher in the United States.

“China is really in a tough position,” Dr. Peters said. “Emissions have grown so much in the last 10 years or so that no matter how you look at China, it has an immense task.” [Source]

For the first time, per capita emissions in China have exceeded those of the European Union. The BBC’s Matt McGrath reports:

While the per capita average for the world as a whole is 5 tonnes of carbon dioxide, China is now producing 7.2 tonnes per person, to the EU’s 6.8 tonnes. The US is still far ahead on 16.5 tonnes per person.

“We now see China’s per capita emissions surpassing the EU,” said Dr Robbie Andrew, from the Centre for International Climate and Environmental Research in Norway, who was involved in the research.

“They are still nowhere near the US or Australia, but the fact that they have surpassed the EU will be quite surprising to a lot of people.” [Source]

China’s dependence on coal power is a major factor behind its growing emissions, but its appetite for coal will likely peak within the next two years. The country’s search for alternative energy sources has included aggressive hydropower development and the expansion of its shale gas fracking industry.

“There are a host of signals that Chinese demand for coal is close to peaking which will cause a seismic shift in the market,” Anthony Hobley, chief executive officer, wrote in a report released today. “This is potentially a risky business for investors.”

The report comes as China, both the largest market for coal and the worst carbon-dioxide emitter, is seeking to cut output at the nation’s 14 largest producers after prices slumped amid efforts to moderate economic growth and fight pollution. China seeks to decouple CO2 emissions from growth and is studying when emissions may peak, Xie Zhenhua, vice chairman of the National Development and Reform Commission, said Sept. 19.

[…] Chinese demand for thermal coal will peak anytime from 2014 to 2016, according to the report. The nation’s plan to reduce imports will curb prices and asset values for export mines in the U.S., Australia, Indonesia and South Africa, according to a joint statement by CTI and Energy Transition Advisors. [Source]

At Grist, David Roberts looks at the potential benefits of official coal controls:

Coal is strangling China, with air pollution so bad it’s causing social upheaval. In response, provincial governments are announcing aggressive coal controls. When it comes to China there’s always considerable doubt about how effectively controls will be implemented (and how to verify if they are), but if the controls are implemented … well, damn. Greenpeace ran the numbers: