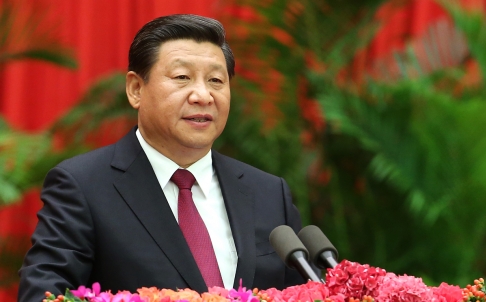 According to state media, more than 130,000 government “leading groups” across China have been cut as a part of the central government’s plan to “streamline bureaucracy.” Chris Luo at South China Morning Post reports:

China, in an effort to streamline bureaucracy, has scrapped over 130,000 of the many “leading groups” that operate at all levels of governments across the nation, state media reported on Thursday.

[…] The central province of Hunan saw 13,000 groups abolished. The coastal eastern province of Jiangsu and the northern Inner Mongolia Autonomous Region each had over 8,000 such panels scrapped.

[…] The nationwide order is part of President Xi Jinping’s “mass line education and implementation campaign” announced last year. It focuses on the need for the authorities to be down-to-earth by disciplining local governments against extravagance, laziness, laxity, excessive formality, and bureaucratism. [Source]

In January, the South China Morning Post’s Cary Huang looked at the important role “leading small groups” play in central government policy-making, and explained how President Xi Jinping has utilized these groups to consolidate his power.

In practice, however, the policies that affect the lives of 1.35 billion mainlanders and many others around the world are crafted by a more obscure class of entities – the so-called leading small groups.

These panels, which rarely announce their meetings or disclose their full membership, comprise the country’s most powerful and influential leaders. Leading small groups cover everything from economics to propaganda to Hong Kong and Macau affairs. They thrash out policy details long before measures are presented to the party, let alone the public.

[…] That is why the creation of two new policy panels – both expected to be led by Xi, who is also president and commander-in-chief – was one of the most remarked developments of the party Central Committee’s third plenum in November.

Analysts, such as University of Nevada political science professor Xiaoyu Pu, said the two panels would probably play a big role behind the scenes as Xi works to push his agenda past various entrenched interests. [Source]