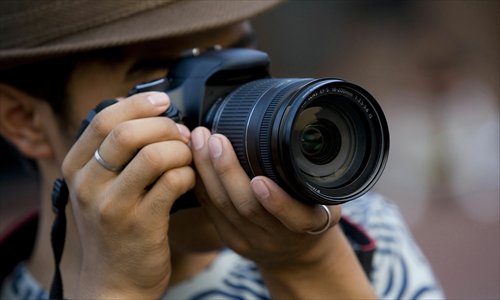 Global Times reports that high-end photography gear has become a sign of officials’ illicit income, in a similar vein to the luxury wristwatches which have betrayed many of their owners:

The Xinhua News Agency carried an article on September 23 about officials accepting bribes and using public funds to pay for their hobby.

For instance, an unidentified “senior official” used a police helicopter during a trip in Henan in order to take overhead photos of swans in the Yellow River, Xinhua reported.

His plan was fruitless, as the loud noise of helicopter scared the swans away.

Xinhua reported that [recently dismissed Henan official Qin Yuhai] claimed that his all of his equipment was gifts from a local businessman. Qin allegedly got rid of his most pricey lenses and accessories before authorities launched an official probe that yielded millions of yuan in equipment.

[…] For corrupt officials, photography also provides a convenient way to transmit bribes. Because art appraisal can be subjective, amateur works can be sold legitimately for astonishingly high prices. [Source]

Reuters’ Ben Blanchard reports that the gift loophole may soon be closed:

Currently, officials can defend themselves from accusations of receiving bribes by saying money or other goods received, like luxury watches or bags, were just a present from a friend, the official China Daily reported.

It is only considered a crime if a link can be made to some sort of abuse of power, it said.

[…] The gift rules will probably be changed at a regular meeting of the National People’s Congress opening on Oct. 27, the newspaper said.

“The draft is likely to deem that accepting gifts or money of a considerable amount would be punishable for all government officials,” it added. [Source]