Leader Taps Into Classics in Seeking to Cement Power 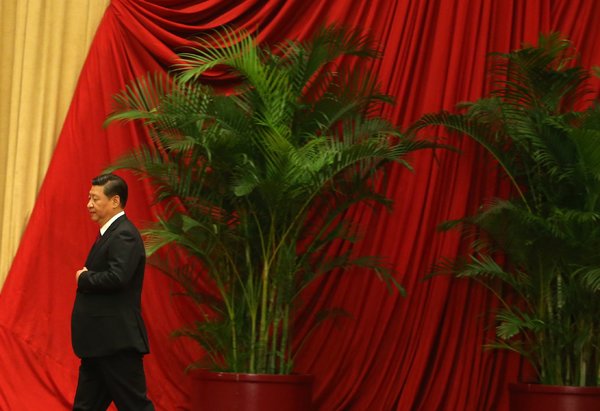 For the New York Times, Chris Buckley reports on President Xi Jinping’s tendency to publicly quote from Chinese philosophers including Confucius and Legalist philosopher Han Fei, in an effort to situate his policies in the broader context of Chinese tradition:

At the same time, Mr. Xi has vowed to overhaul the economy, promote social equality, and build a fairer, cleaner legal system, which will be the main topic at a meeting of the party’s Central Committee this month.

China’s modern leaders have often sought to justify their policies by bowing to their Communist forebears, and so has Mr. Xi. But he has reached much farther back than his predecessors into a rich trove of ancient statecraft for vindication and guidance. He portrays his policies as rooted in homegrown order and virtues that, by his estimate, go back 5,000 years.

In his campaign to discipline wayward and corrupt officials, Mr. Xi has invoked Mencius and other ancient thinkers, alongside Mao. Most often, he has embraced Confucius, the sage born around 551 B.C. who advocated a paternalistic hierarchy, to argue that the party should command obedience because it represents “core values” reaching back thousands of years. [Source]