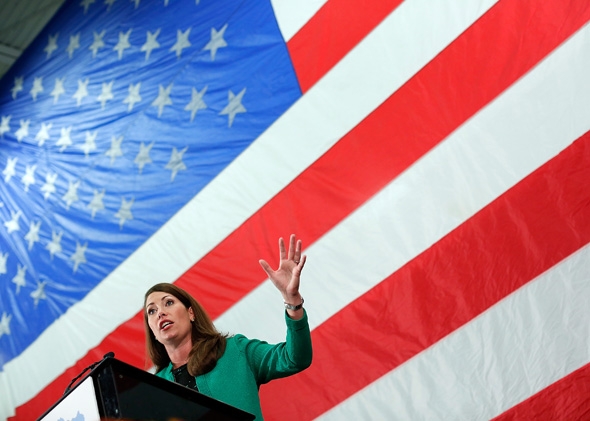 At Slate, William Saletan describes a wave of China-bashing by current Democrat campaigns in the U.S.:

Exploiting American anxiety about Asia is a long, unsavory tradition. As the Soviet Union unraveled in the 1980s and 1990s, many candidates turned their xenophobic fire from Russia to Japan and Korea. The threat was no longer military; it was economic. Now the enemy is China, whose economy, by some measures, has just surpassed that of the United States. Democrats, tired of looking soft on ISIS or Ebola, are talking tough on China. And they’re trying to make Republicans look un-American.

[…] Republicans have done their share of Asia-baiting over the years. They’ve played on fears of competition (Chinese people saying, “We take your jobs”) and depicted the Chinese army marching in front of the United States Capitol. In Kentucky, a PAC supporting McConnell has countered the left’s China-baiting with its own flier in which Asians appear to thank Obama for attacking the American coal industry. A few Republicans have mentioned China in the context of United States debt (“borrowing from China”) or the futility of unilateral restrictions on carbon emissions (“The Chinese are building coal-fired plants”). But I’ve yet to see a 2014 Senate race in which a Republican is using China the way Democrats are using it. Republicans don’t need a foreign boogeyman. They have Obama. [Source]

Read more from CDT about anti-China rhetoric in U.S. political campaigns, from a racist 2012 political Super Bowl ad to Obama and Romney’s use of China as a “punch bag” during presidential debates the same year. At Foreign Affairs, Elizabeth Economy warns against such an adversarial tone from those in office:

[… A]lthough little in Xi’s domestic or foreign policy appears to welcome deeper engagement with the United States, Washington should resist framing its relationship with China as a competition. Treating China as a competitor or foe merely feeds Xi’s anti-Western narrative, undermines those in China pushing for moderation, and does little to advance bilateral cooperation and much to diminish the stature of the United States. […] [Source]