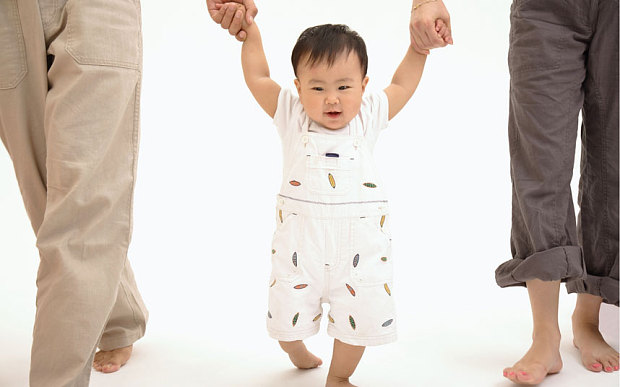 The “one-child policy,” originally implemented to address the social, economic, and environmental problems facing China’s massive population, has successfully averted hundreds of millions of births. However, 35 years of state sanctioned family planning have also steered the country into distressing demographic territory. Last year, in hopes of avoiding the problems that come with an increasingly top-heavy population pyramid, central authorities announced a gradual easing of the controversial policy. At The Telegraph, Malcolm Moore explains the new family planning allowances, and how measured reforms are so far falling short of official expectations:

At a stroke, more than 11 million couples became eligible for a second child and officials hoped for 2 million extra births this year.

But the latest figures show just 700,000 couples applied for the new dispensation, and only 620,000 were given a permit.

That leaves China still facing a demographic disaster. After more than three decades of the one child policy, China is now a rapidly ageing society. In just over 15 years, a quarter of its population will be over 60.

[…] [According to former family planning official Lian Zhongtang] “This number [of new babies] is low, and that means our birth-control policy is not working at all. We are already like developed countries where families do not want to have more children. People are making their decisions not because of government policy but because of the economy and our society. So we should give people back the freedom to have children free from government interference.” [Source]

Also see Malcolm Moore’s FAQ on the one-child policy from The Telegraph.

State media coverage of the new figures also points to a falling desire for a second child among China’s educated middle class, and notes that while a comprehensive rollout of a “two-child policy” is on the horizon, the timetable is as of yet unclear. From China Daily:

The latest relaxation aims to address a rapidly aging society and to maintain a sustainable labor supply, he said.

Lu said that a careful analysis of new births next year under the new policy is required to assist future decision making, primarily when to introduce a comprehensive two-child policy.

“That probably will come in five years,” he said.

“It will be introduced in two years,” he said in an interview with China National Radio earlier this month. [Source]