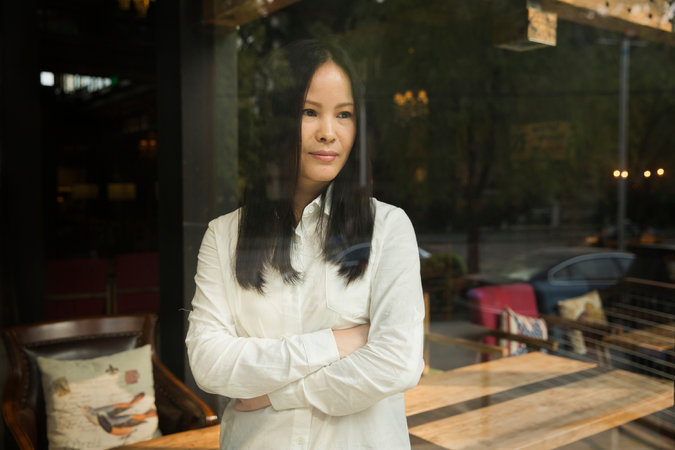 The New York Times profiles writer Sheng Keyi, whose latest novel, Death Fugue, which is based on the 1989 protest movement and subsequent June 4th crackdown:

“I am truly disappointed with present society,” said Ms. Sheng, 41, a petite woman in skinny jeans, a blue T-shirt and black stiletto heels with a sheath of long black hair around a slender face. Over coffee at an outdoor restaurant near her apartment in Lido, one of the cool neighborhoods in Beijing, a mixture of boutiques and bars, with expensive sports cars out front, she added, “When I talk with friends, I reminisce about the ’80s, when everything was not so tainted by the pressure of money, when poets didn’t abandon their work.”

Publishers in China, including Penguin, which released an earlier novel by Ms. Sheng, “Northern Girls,” about the sexual exploits of young women who migrate to the cities, passed on “Death Fugue.” Chinese editors decided the story line was too controversial. Penguin, she said, failed to give her a response. The novel has appeared in Hong Kong and Taiwan in Chinese, and last month, it made its English-translation debut with a small Australian literary imprint, Giramondo.

For Ms. Sheng, being shunned by her publishers at home was hurtful but not surprising. “When I wrote it I knew it couldn’t be published in China,” she said. “I discussed it with a friend — she writes poetry at the university of Chongqing — and she said, ‘You write it because you want to.’  ”

The resolve to tackle a subject as forbidden as the Tiananmen Square crackdown is in character with her tough childhood, and her insistence that she is a storyteller prepared to break taboos. “A novel must have the power to offend,” she says in an author’s note for “Death Fugue.” When it was suggested that some scenes in the novel were almost repulsive, she said, “Then I have succeeded.” [Source]