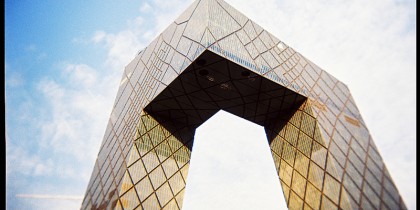 […] As China boosts its media provision overseas in pursuit of that elusive concept, ‘soft power’, the CCTV News dragon is seeking affirmation, if not exactly love. It has ‘glocalised’ to sometimes dramatic effect, packaging and presenting news in a variety of styles for viewers on different continents. This dragon currently has three heads – its network centres in Beijing, Washington and Nairobi – which at times face in different directions. Fire-breathing appears to be optional.

As the output is handed during the day from one of CCTV’s network centres to another, the look and tone of the news programmes undergo such radical changes that viewers could be forgiven for thinking they had inadvertently switched channels. The bulk of the news programming still comes from Beijing and mixes a government news narrative inside China, mostly delivered by Chinese reporters, with more nuanced overseas coverage from almost exclusively non-Chinese journalists. This mix is jettisoned when control passes to CCTV Africa in Nairobi, whose content is resolutely African, along with nearly all of its reporters and presenters, even though Chinese journalists are among those working behind the scenes. And CCTV-America – seen as the flagship of the trio – looks globally diverse and sounds glossily Anglo-American, with the focus on international strategy and the United States. Audience opinions are solicited enthusiastically through Facebook and Twitter, both blocked inside China itself. [Source]

See more on the global expansion of China’s state media via CDT.