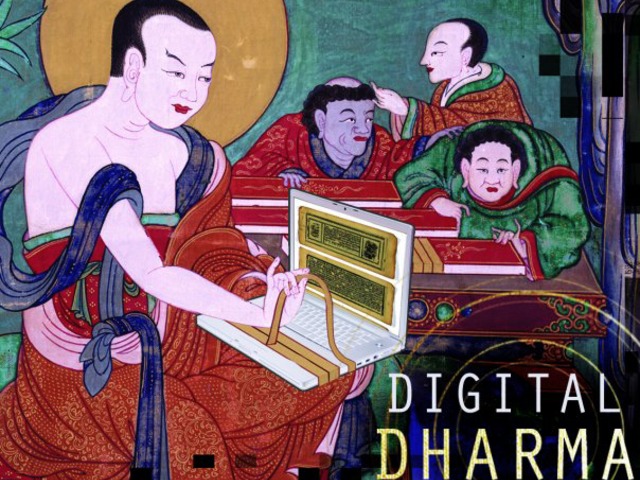 A new study from the University of Toronto’s Citizen Lab examines how civil society organizations are subject to “targeted digital threats,” or “persistent attempts to compromise and infiltrate the networked devices and infrastructure of specific individuals, groups, organizations, and communities.” Several of the organizations in the study work on human rights issues in China, with Tibetan advocacy groups representing the “lion’s share” of the research. The AP’s coverage of Citizen Lab’s analysis looks at how the ancient Buddhist goal of severing attachment (upādāna, a primary cause of suffering in Buddhist thought), is being updated for the Internet age and applied as a digital security slogan:

“Attachment can lead you to all sort of trouble and we Buddhists believe that non-attachment alone can lead you to happiness,” 30-year-old monk Jamyang Palden told The Associated Press at a cafe in the Indian hill town of Dharamsala, before giving the philosophy its Information Age twist: “We have to learn to be suspicious of email attachments.”

The Internet safety slogan, one of several messages championed by digital security group Tibet Action Institute, is an example of how human rights defenders are seeking creative ways to protect activists from electronic espionage.

There’s little doubt that groups like Tibet Action need protection. A major study published Tuesday by Internet watchdog Citizen Lab shows that it and other civil society organizations have been penetrated by cyberspies, many of them linked to China. And the report says that those behind the compromises are the same hackers responsible for high-profile attacks on major multinationals and Western governments.