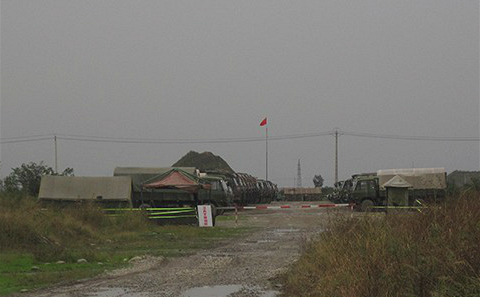 Protests against a planned molybdenum copper plant in Shifang, Sichuan were hailed as a triumph of people power when they forced its suspension in 2012. Now, though, the case may serve as a cautionary example of such hastily improvised solutions’ shortcomings. At Southern Weekly, Yan Dingfei reports that by canceling the project after granting appropriate permits, local authorities exposed the city to compensation claims and dented businesses’ faith in local rule of law. Political and economic fallout, Yan writes, still haunts Shifang two years on. From a translation of Yan’s article at chinadialogue:

Shifang has always been an industrial city and it long boasted the province’s second-largest economy. But damage done by the Wenchuan earthquake in 2008 knocked it out of the top 10. And many officials say that nothing bar that earthquake has done as much damage to the city’s economy as the July 2012 protests: “It completely rocked business confidence,” said Li Zhuo.

[…] One official, preferring to remain anonymous, said that “for a whole year not a single provincial leader, not a single department head, visited Shifang. Not one.” In Chinese politics, that means you’ve been marginalised.

Shifang, and the damage done to the Party’s governance, is now used as a case study in mass-line training for the entire Communist Party. In July 2014, the Party’s leading group on mass line training published an “Analysis of Case Studies of Harm to the Mass Interest”. This included a section on Shifang – why did a beneficial project not receive public support, and what could be learned from the case. Along with Weng’an in Guizhou and Wukan in Guangzhou, Shifang is now held up as a warning to all Party members. [Source]

The article reports that residents closest to the proposed plant—those who would have received compensation had it gone ahead—supported the project. It blames the protests on local business interests’ manipulation of people who allegedly “did not understand the actual situation.” Locals traded similar accusations after the cancellation of a uranium processing project in Guangdong last year.