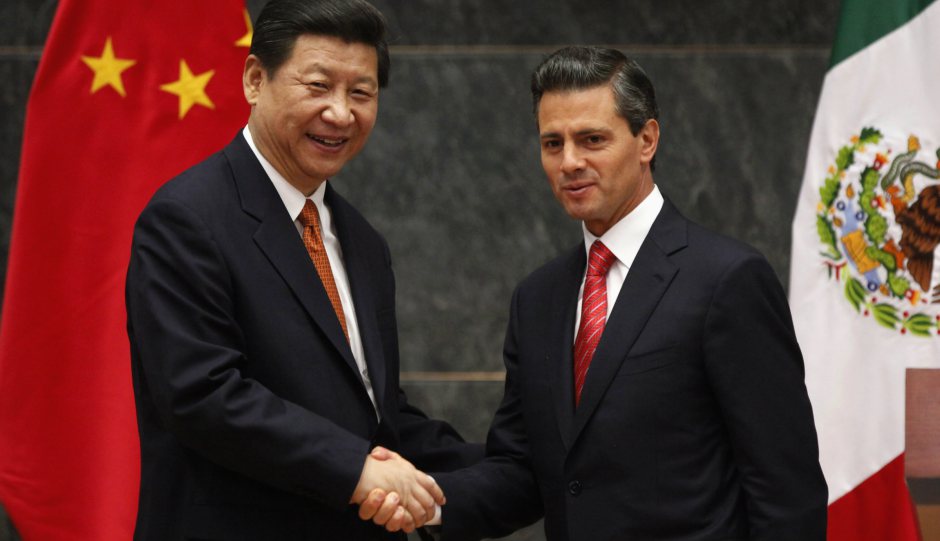 In an interview on a Mexican news show, Communications and Transport Minister Gerardo Ruiz Esparza said Mexican President Enrique Peña Nieto decided to cancel the contract, which was awarded to a group led by China Railway Construction Corp. and CSR Corp. , along with several Mexican construction firms.

Mr. Ruiz Esparza said the decision to cancel the contract was due to “doubts and concerns” that were raised about the bidding process for plans to build a high-speed train between Mexico City and the city of Queretaro.

China Railway and CSR were the only companies to bid for the railway after the government rejected requests from several potential bidders for additional time to prepare offers. Companies that looked at the project but didn’t bid included Germany’s Siemens AG , France’s Alstom and Canada’s Bombardier Inc.

[…] Mr. Ruiz Esparza said the contract would be opened for bidding again in the near future and this time, interested companies would be given more time to present offers. He also said on the news program that Mr. Peña Nieto had made the decision “just a few minutes ago.”

This comes just ahead of President Peña Nieto’s scheduled trip to Beijing to attend the APEC summit of world leaders; the Guardian reports that “Mexico has sought to forge closer business ties with China but the revocation of the project is an embarrassment ahead of Peña Nieto’s planned visit.”

A report from Quartz further elaborates on the “doubts and concerns” the bidding process raised among the Mexican president’s opposition:

The opposition National Action Party in Mexico found several problems with this situation. Other potential bidders’ requests for more time to put together an offer were denied, the party said. It alleged that “a group close to the current president looks to benefit” from the project, because Constructora Teya has ties to a company that rented planes to Mexican president Enrique Peña Nieto’s election campaign. [Source]

Once a massive importer of rail technology, China now aims to be a world leader in high speed rail—from a proposed bullet train that reaches the United States via the Bering Strait to establishing a trans-Asia railway connecting Laos, Cambodia, Thailand, Malaysia, and Singapore. China is or is in talks to build or sell high speed rail trains in at least 20 countries beyond its own borders, and that doesn’t include China CNR Corporation’s forthcoming pitch to sell its trains to the US state of California.

My experience is that Chinese SOE are allergic to open/transparent tender processes. In Mexico they will have to submit to process.

Chinese companies biggest challenge to doing business in Mexico is realizing we are not Venezuela, Ecuador, Bolivia or, even, Brazil.

By scrapping the CRCC deal before state visit, Mexico’s Peña Nieto sends strong message that we are not asking for any favors from China.

Mexico wants good business opportunities from China. We can compete with the best. We don’t need handouts. We need fair trade.